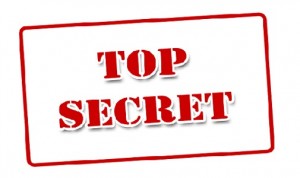 An independent news website based in California called the China Digital Times, has recently published leaked censorship instructions made by Chinese government officials to the Chinese media. The government agency, which was not named, told the Chinese media to take down, or stop reporting about, certain sensitive issues. Regarding the Bitcoin Global Summit which is taking place this weekend in Beijing, it read,

“(5) The Global Bitcoin Summit 2014 will be held on May 10-11 in Beijing. All websites are asked not to participate in or report on the summit. Do not hype bitcoins. All reporting on bitcoins must henceforth accord with the specifications of financial regulatory agencies. Please carry out the above immediately. (May 7, 2014)

Even though this censorship will be occurring, people are still traveling from around the world to come see the conference in China.

The leaked censorship instructions follow the five major Bitcoin exchanges who pulled out from the Global Bitcoin Summit. OKCoin, BTC China, BtcTrade, CHBTC, and Huobi, released a joint statement on Weibo last Tuesday. The exchanges said that they will not be participating in any large Bitcoin events or meetings.

The joint statement also said that the five exchanges would comply with “all state policies and regulations, promote transparency in exchange processes, pay a flat fee for high-frequency trades, and report the latest industry developments to authorities.”

BTC China’s Bobby Lee, and OKCoin’s Star Xu were to speak at the conference taking place in Beijing.

Even with the PBOC and government’s censorship, ticket sales for the conference have been said to be “steller.” There is also still a great lineup in store for attendees. It will be interesting to experience the Bitcoin Summit now that the Chinese media has been told not to report anything on it.