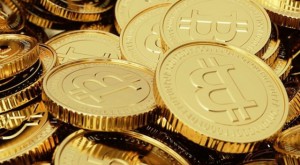 Bitcoin has had perhaps the worst week ever as two major bitcoin exchange institutions were targeted for ‘DoS’ (Denial of Service) by hackers, forcing the exchanges to halt operations. This led to some crude remarks made by John Normand, Managing Director and Head of Global FX Strategy at JPMorgan.

In a report released by JPMorgan titled “The Audacity of Bitcoin”, Normand slams the digital currency by saying:

His verbal assault on bitcoin began after the Mt.Gox and Bitstamp exchange markets were compromised due to a security breach. No bitcoins were reported stolen from the exchanges, but withdrawals have been halted.

The sudden attacks have led to a drop in value of bitcoin. The price of bitcoin was at an all time high of approximately $1,200 per coin just last month. Now the digital coins are hovering around the $600 range.

Normand does admit that bitcoin’s impressive price swing of 2013 has added to its growth and popularity. However, he claims that bitcoin’s fluctuating value “makes it impossible to seriously consider Bitcoin as a unit of account or store of value for a material amount of corporate or investor exposure.”
Bitcoin’s weakness of being high and falling to half its worth is a major risk investors have to stomach. Normand claims this is why bitcoin is so faulty.

Normand neglects to mention how not all company’s want to keep bitcoin. Companies like Bitpay and Coinbase transfer bitcoins into US dollars upon receiving them. They prove that there is middle ground for bitcoins to bloom within the economy.

In addition to the attacks against Mt.Gox and Bitstamp, illegal black market site Silk Road 2 has been compromised, having all of its bitcoins stolen. This lowered the price of bitcoin even further.

However, though these companies were attacked, the real victims are the bitcoin supporters who only wanted bitcoin’s success. The new Silk Road’s negligence in protecting their site has impacted those who were honest in their BTC dealings.

BlockChain’s chief security officer Andreas Antonopoulos doesn’t think bitcoin will fail. He sees this occurrence as more of a chink in its armor. He says:

“The death of Bitcoin has been prematurely announced so many times already that the obvious conclusion is that bitcoin is far more resilient than its critics would like to think. I am confident that in a few days, those who predicted the death of Bitcoin will once again be proven wrong.”

Normand’s words and Antonopoulos’ words will be put to the test, as the future of bitcoin has yet to be seen.