The Isle of Man, a self-governing British Crown Dependency, has been in the news in recent months with respect to Bitcoin. In March, the island’s Financial Supervision Commission confirmed that “a Bitcoin exchange that holds client funds with a licensed overseas payment service provider is not required to obtain a license in the country for its activities.”

This summer, Bitcoin Automated Vending Machine operator QwikBit accepted delivery of its first batch of Bitcoin AVMs to be installed on the island. 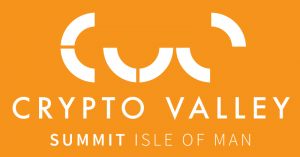 The Isle of Man is back in the news again, as it has been announced that the island will play host to the Crypto Valley Summit this September.

Supported by KPMG, which is the lead sponsor, private-sector representatives and the Isle of Man government, the summit is targeted at entrepreneurs interested in opening a digital currency business in a well-regulated jurisdiction.

More than 100 Bitcoin and digital currency specialists are expected to attend the Crypto Valley Summit, which takes place on September 17 and 18, following the Inside Bitcoins event in London earlier in the week.

Among the summit supporters is the Manx Digital Currency Association (MDCA), which was formed earlier this year.

Barrister Paul Davis, who chaired the meeting that led to the MDCA’s foundation, told CoinReport that he was actually planning to hold a digital currency event in Israel in September, as part of a series of Isle of Man-Israel trade missions, but Peter Greenhill – CEO, e-Gaming Development at the island’s Department of Economic Development – suggested to Davis that it would be appropriate to have an island event in the fall and the Crypto Valley Summit is the result.

Davis said he believes the event will bring together a lot of key players from the industry, fostering discussions about opportunities and challenges in a unique, island-focused manner.

“We have a lot of solutions on the (Isle of Man) which are not readily available elsewhere and it is great to be able to showcase them through an industry gathering. We have noted over the years that people who visit the island, very often leave with a positive impression and ultimately move their families and businesses to join us in our tax-friendly environment. I anticipate that this Summit will likely prompt between 5 and 10 additional businesses to move to the island creating jobs and other opportunities.”

Davis believes the Isle of Man is so supportive of digital currency because:

“[Its] government, regulators and business community are so enlightened, open-minded and nimble. Plus, with our huge gaming community, it is not hard to see the writing on the wall and realize that digital currency is the next big thing that is going to impact the gaming market internationally and in a positive manner. We would be foolish indeed not to participate in the progress!”