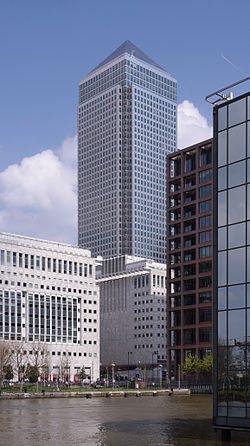 One Canada Square (the second-tallest building in the U.K.),
Canary Wharf E14 5AB,
London, U.K. eToro is located at the 24th floor of the building

Social trading and multi asset brokerage company eToro and Imperial College London announced in a press release CoinReport received from eToro’s PR firm, Wachsman, the results of recent research on cryptocurrencies. According to the release, the central finding of the study is that digital currencies like bitcoin provide a practical evolutionary “next step” for money and could possibly become a mainstream mode of payment within the next decade.

In the study titled “Cryptocurrencies: Overcoming Barriers to Trust and Adoption,” Imperial College Business School’s Dr. Zeynep Gurguc and Imperial College London’s professor William Knottenbelt argue that digital currencies are already all set to fulfil one of the three basic functions of conventional money – acting as a store of value. The remaining two criteria are:

To meet the two criteria, bitcoin and other digital currencies will need to move forward on challenges like regulation, design and scalability.

The study reasons that money has progressed considerably over time, with the earliest forms of money founded on systems of barter and objects of value such as cowrie shells, while coins, notes and payment cards replacing these initial concepts over time. The rise of mobile and contactless payments is the latest step.

The research goes on to note that in each case, new categories arose, leaving older ones outdated, with the examples being electronic banking and coin minting. However, says the report, in spite of the differences in form, three fundamental functions of money have stayed persistent at every point in history.

Digital currencies, considering they show progress as a unit of account and medium of exchange, in addition to a store of value, signify a practical technological update to the way money is spent.

The study remarks that each evolutionary phase of money has caused a reduction in payment friction. The research report concludes that in view of their design principles, digital currencies are a natural next step to reduce friction in the global economy.

Professor Knottenbelt said in the press release we received, “The world of cryptocurrency is evolving as rapidly as the considerable collection of confusing terminology that accompanies it. These decentralised technologies have the potential to upend everything we thought we knew about the nature of financial systems and financial assets.

“In this context, we wanted to get back to basics: clarifying the nature of cryptocurrencies as a new kind of asset class, contrasting them with traditional forms of wealth, and classifying the main challenges that need to be overcome in order to drive their success forward.

“There’s a lot of scepticism over cryptocurrencies and how they could ever become a day-to- day payment system used by the man on the street. In this research we show that cryptocurrencies have already made significant headway towards fulfilling the criteria for becoming a widely accepted method of payment.”

eToro and Imperial laid out six present challenges that digital currencies will have to overcome to be a mainstream mode of payment. The six challenges include:

eToro’s UK managing director, Iqbal V. Gandham, commented, “People have grown used to their view of money as a solid, permanently fixed idea when in fact the opposite is true. The history of money is a history of evolution, of new technology replacing old to improve the transfer of value from one person to another. Cryptocurrencies represent a next step on this journey.

“The first email was sent in 1971, but it took nearly three decades for the technology to become commonplace with a user-friendly interface in the form of hotmail. The first ever Bitcoin transaction took place a little over eight years ago and today we are already seeing it begin to meet the requirements of everyday money. Given the speed of adoption, we believe that we could see Bitcoin and other cryptocurrencies on the high street within the decade. There are of course barriers to mainstream adoption, but they are far from insurmountable.

“Perhaps the thing that will ultimately tip cryptocurrencies into mainstream is the issue of cross-border payments. These remain difficult and expensive in many cases. Cryptos are cross-border by design, enabling wealth to be transferred far more easily. The potential for this to be a leading use case looks very strong.”

Dr. Gurguc said, “New payment systems (or asset classes) do not emerge overnight but it is worth noting that the concept of money has evolved – even in our lifetime – from cash to digital or contactless payments. The wider use of cryptocurrencies and crypto-assets is the next natural step if they successfully overcome the six challenges we set out in our report.”