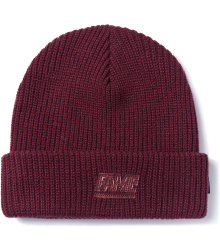 Hypebeast, a news site based on the latest in clothing trends has welcomed bitcoin payments. Hypebeast posted the news on twitter yesterday, that they are officially accepting bitcoin for purchases at its online store.

The site has a wide-variety of streetwear and accessories,which includes shirts, sneakers, hats, hoodies and headphones. Some of their brands include Eastpak, Puma, and Raf Simons designers. Their smaller brands come from smaller and independent lables. @Hypebeast’s twitter post reads:

“Cop with Bitcoins: Now Accepted at the #HYPEBEASTStore. Head over to the store now.”

Bitpay will be used for Hypebeast’s bitcoin transactions in addition to their already existing use of American Express, Paypal and MasterCard, among other various payment options.

Customers of the site’s online store have expressed excitement through social media of having the option to use the digital currency. Reactions were positive among the site’s fan base, though a deeper look at bitcoin demographics shows that the sales profits of the initiative could be an interesting stage for bitcoin.

Based on research, the bitcoin demographic centers mostly around 32 year olds, while most Hypebeast customers are males between the ages of 18 and 30, younger than the average bitcoin enthusiast.

Hypebeast started out as a blog back in 2005, and rapidly transformed into a major online world of fashion expertise. Fast Company noted that Hypebeast’s founder, Kevin Ma’s  “stamp of approval can help make or break an underground or independent brand trying to catch the attention of influencers or even savvy mainstream consumers”.

A 2011 interview with Forbes revealed that Ma credits his site’s success to its high-profile fans, such as Chicago rapper Lupe Fiasco, who has worked with the online fashion news site.

As of February 2012, Hypebeast has obtained roughly 3 million unique views a month, with the more than half of its traffic coming from the United States.