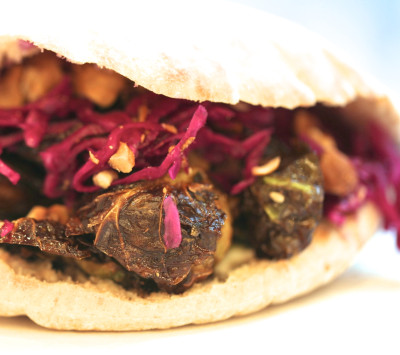 The Harvard Square bitcoin ATM is the second to be constructed by Liberty Teller. The company’s first ATM is located in South Station in Boston.

“Our ultimate goal is to make bitcoin accessible to people everywhere, and South Station was a huge start. But we had a lot of demand…for something in Cambridge.”

The Harvard Bitcoin Club was introduced to the ATM by Yim last month. Clover Food Lab’s CEO and founder, Ayr Muir, was excited with the idea of bringing the ATM to his restaurant.  Muir is a graduate of MIT.

Muir told the Boston Business Journal that Yim wanted to experiment with the bitcoin ATM in a high-traffic restaurant. Muir said:

“We’re giving it a go and we’re excited to see what happens.”

The Harvard Bitcoin Club was allegedly started by an alumnus who calls himself ‘John Harvard Bitcoin.’ The club was designed as an informal get together to talk about the digital currency. Additionally, John Harvard Bitcoin offers attendees of the club meetings free bitcoins and dogecoins.  His identity remains a mystery.

At the group’s previous meeting, it was said that members received 0.03 BTC from ‘Mr. Bitcoin’, which adds up to $20 as bitcoins are worth approximately $623.

John Harvard Bitcoin says that the club will be holding a bitcoin panel that Yim will attend on March 24th.

Yim’s company consists of he and co-founder Kyle Powers, who personally tend to both bitcoin ATM’s. Yim says he and his partner are working on a way for the machine’s to stay at each location without constant supervision. The Liberty Teller co-founder adds:

“Whenever we are not at the machine or working on the locations…we will definitely try to go out to the [Harvard Bitcoin Club] meetups. It’s great to see all the interest.”

Yim and Powers give away small fractions of bitcoins, called milliBits to their ATM users. The co-founders also accept bitcoin donations to help the fund on their website. Yim says:

“We’re essentially giving milliBits to new people who are getting their first bitcoin wallets, and I think to date we have given out over 150.”