Chain of Points, creators of an innovative blockchain-based platform incentivizing participation in loyalty programs, announced in a press release sent to CoinReport their approaching initial coin offering (ICO), which will commence on February 9, 2017 and run through March 9.

The Canadian-based startup intends to reinvigorate interest in the gift card and loyalty industries through a new digital currency called Points, which can be used to transfer and redeem loyalty rewards between customers and merchants.

Thanks to blockchain technology, each transfer and redemption is secure and verifiable, while Points allow for a liquid marketplace between merchant to customer, customer to customer and even merchant to merchant.

21 million Points will be offered in an Initial Crowd Sale on TokenMarket. 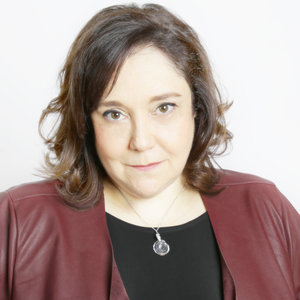 Chain of Points CEO Irene Katzela, Ph.D. said in the press release, “Over 50% of loyalty-accumulated rewards are never redeemed and overall interest in these programs among the younger generations is low and decreasing. A multibillion dollar rewards-oriented industry is shrinking fast. Chain of Points is the best solution for merchants and customers; it is easy to understand, and can be implemented in a matter of minutes. To meet the demands of industry, we have built our own blockchain and have developed a stable and scalable solution that benefits the merchants and their customers.”

Small business owners must bear a lack of access and a loss of business due to being unable to spend time and money on loyalty programs. Designed with these issues in mind, said the release, the platform of Chain of Points enables small and home businesspeople to concentrate on their commercial objectives, enabling them to benefit from the opportunity to come up with or take part in a valuable loyalty program via easy-to-use-technology. Thanks to a strong API, Chain of Points is attuned with more advanced workflows, and thus advantageous for medium to large enterprises too, added the release. 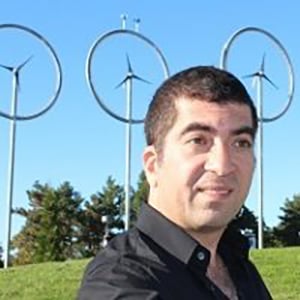 Shidan Gouran, president of Gulf Pearl Limited and an investor in Chain of Points.

Shidan Gouran, president of Gulf Pearl Limited and an investor in Chain of Points, said on the occasion, “Chain of Points solves a large problem many merchants face: how to encourage customers to actively participate in rewards programs.”

“We need to move away from traditional loyalty programs, and cater to the younger, digital generation. Millennials have a peer-to-peer mindset that puts a greater value on self-regulation and sharing.”

Chain of Points utilizes a Proof-of-Stake consensus algorithm to be as light as possible. First-generation digital currencies, on the other hand, use Proof-of-Work-based consensus algorithms, which require burning an external resource, like electricity. Take bitcoin mining, which reaches the extremes of wasting power, for example – the requirement to generate a single block is the equivalent of powering 280,000 American households for 10 minutes. With the blockchain of Chain of Points, no electricity is wasted and a new block can be created every 10 seconds. The blockchain evades hashing completely when produce trust, passing the considerably cut down amount of work on to democratically elected delegates within the system. The choice to use a Proof-of-Stake-based consensus algorithm provides worldwide and scalable throughput at no cost for miners.

“Chain of Points incentivizes customers to reclaim their rewards in quick and user-friendly ways. But if the customer is uninterested in cashing in their points, they can still receive value for their loyalty, and merchants will be compensated as well. With Chain of Points, we can finally start thinking win-win,” said Katzela.

Chain of Points logo – Via their whitepaper