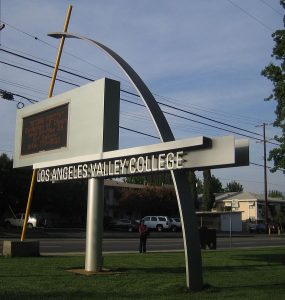 A display marquee at Los Angeles Valley College on the corner of Fulton Ave & Oxnard St.

LAVC is a part of the Los Angeles Community College District, whose leaders decided to pay the ransom.

District Chancellor Francisco C. Rodriguez said in a statement on January 6, “In consultation with district and college leadership, outside cybersecurity experts and law enforcement, a payment of $28,000 was made by the District.”

“It was the assessment of our outside cybersecurity experts that making a payment would offer an extremely high probability of restoring access to the affected systems, while failure to pay would virtually guarantee that data would be lost.”

The note said the college’s electronic files had been encrypted and they could only be unlocked with a “private key,” adding that only after receiving the payment in bitcoin would the attacker provide the key.

“You have just 7 days to send us the BitCoin after 7 days we will remove your private keys and it’s impossible to recover your files,” the note read, according to a copy obtained by the Post.

According to district officials, reports the Post, the systems were back in working order following the payment and LA authorities were investigating what is believed to be an arbitrarily aimed attack.

IT experts were still working to unlock some of LAVC’s files as of Thursday evening.

According to officials, on campus and online classes were proceeding normally. As scheduled, students returned to college from winter break on January 3, days following the cyberattack was discovered on December 30.