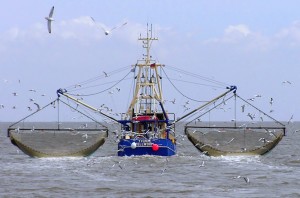 UK-based company Provenance, which started development of one of the first applications on Ethereum back in August 2015 when Ethereum launched the first stage of its decentralized application platform, has tested the blockchain technology to encounter illegal fishing and human rights abuses in the fishing industry.

Provenance wants to reveal the origins of fish, enabling anyone to see where fish was caught, treated and sold. Although illegal fishing will not halt this way, it will uncover the supply chain for anyone to examine.

It should be noted here that the fishing industry is infamous for human rights abuses as well as illegal fishing.

Steve Trent, executive director at the Environmental Justice Foundation (EJF), told the Guardian for their news report, “Building in mechanisms to deliver transparency from net to plate is central to eradicating illegal, unsustainable fishing and the human rights abuses that have plagued parts of the seafood production sector.”

The trade of seafood is currently traced by tags on the fish and paper records. Provenance’s work will bring better traceability by having local fishermen send SMS messages to register their catch on the blockchain and transferring the identification to a supplier along with the catch, also recording any following move, e.g. tinning or processing.

Consumers and end buyers in restaurants and shops can then verify and access the information on the fish’s origin and supply chain journey using their smartphones.

Food companies have already shown interest in Provenance’s work. The Co-op Food group is presently conducting its own test with Provenance on fresh food products, with the work expected to be completed later this year. Thai Union, the biggest tuna exporter in the world, has also welcomed the blockchain test.