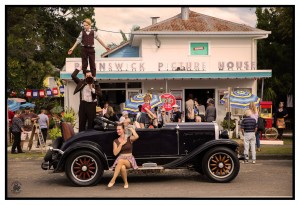 In a press release sent to CoinReport, the company said that theirs will be the first ether (ETH)-financed movie (ether/ETH is the cryptocurrency/altcoin/token of the Ethereum network like bitcoin is the digital currency of the bitcoin blockchain) and will be produced from the early 2017 in West-Australia, Melbourne and in the Alps of Switzerland.

Shares are 10 ETH each, but investors can buy fractional parts of a full share also. The film production firm said investors will receive an ether-based return on investment (ROI) for the next 20 years, explaining that the shareholders will be receiving 50 percent of the yearly profit after tax until the year 2036. 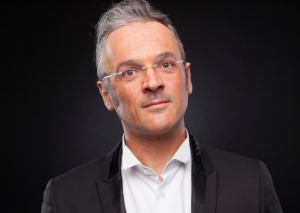 Tony Caradonna, the film author and producer, told CoinReport in an email, “You may wonder: cryptocurrencies, are they really a disruptive innovation that will change the world like the Internet did? Even I really think and hope so, I do not know the exactly answer yet, but even if they are vertical innovations they can ripple the fabric of many businesses. While many solutions work on fintech appliances I am curious to know whether cryptocurrency has yet the power to change the movie business. The agenda of my plan is very simple. If the Ethereum-funded independent movie is successful, it will create added value to both: Ethereum and the movie.”

“When i talk to people i try to make them remember the nineties and what the Web was back then. A wild west full of goldmines, traps, mindboggling promises and some garage-based or basement-based companies that made some people extremely rich. I invite everyone to join our journey, and in 20 years, we can all look back at the beginning of an new episode in movie-history.” 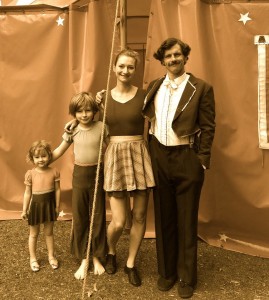 The horror-comedy movie, which will be presented in film festivals in 2018, is anticipated to earn revenues from theatrical releases all around the world, broadcasting and transmission rights sales, author’s fees, soundtrack sales and other commercial exploration activities.

Caradonna further said, “We are a team of extremely diverse people coming from different fields. Myself a physicist with a passion for circus and entertainment, my friend (Ken) is an author and then there is this extremely skilled circus family. I meet them every year in Australia and we shot some short movies in the past 3 years. But this movie is different, it is the first Ethereum-funded movie. Even we ask for a small budget to fund the film, there is potential to produce something great.”

To save investor rights, said the company, all legal issues will be settled via Swiss law and with smart contracts. The movie production and its investment incorporate the benefits of the Swiss tax system, added the company.

If ether price continues to rise while the film is being produced, additional resources could be used to improve the chances of the movie’s success and investor’s ROI, said the movie firm in the press release.

A Ken Evil Thing also says, “With The Pitts Family Circus, like with every independent movie, there is a risk involved. However, if the movie is a success it will be a big success since production costs are very low. Moreover, if the movie goes viral, it could be a path-breaking milestone to attract mainstream attention for Ethereum ecosystem and other cryptocurrencies.”

“This funny and scary movie promises to bring attention to the Ethereum ecosystem and could act as a long term money-making investment for investing participants.”

More details about this investment opportunity can be read on the company’s website here.

This article has been updated with comments from Tony Caradonna, the film’s writer and producer.