The Slovenia-based Bitcoin exchange Bitstamp resumed services late Friday, four days after suspending operations to due to breach that saw the loss of 19,000 Bitcoins valued at more than $5 million.

In a statement on the company’s website, Bitstamp CEO Nejc Kodrič said the firm was “back open for business with a newly redeployed website and backend systems that are safer and more secure than ever.”

“By redeploying our system from a secure backup onto entirely new hardware, we were able to preserve the evidence for a full forensic investigation of the crime,” said Kodrič. “While this decision means we have not been able to provide you with services for a number of days, we feel this extra measure of precaution was in the best interest of our customers.”

As reported by Ars Technica, Bitstamp stressed many times that it only had a small amount of its entire Bitcoin capital in its hot wallet, with the remainder in cold storage.

Since suspending services, Bitstamp, along with its lead investor, Pantera Capital, worked to quickly investigate the breach and rebuild the website on new infrastructure.

“Our team has been working day and night to rebuild and restore security to the Bitstamp site so customers can resume transacting with us quickly, safely, and confidently,” said Kodrič in his statement. “Bitstamp is now fully operational, with a number of key improvements.”

These improvements include an integration of BitGo multi-sig technology and running the site on Amazon Web Services. As thanks to Bitstamp’s loyal customers, all transactions conducted on Bitstamp through the end of the North American Bitcoin Conference (taking place in Miami this week) will be commission-free. 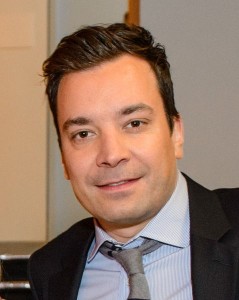 USA Today reported that Bitstamp was the butt of a joke during Jimmy Fallon’s opening monologue on Thursday’s episode of “The Tonight Show.” In the joke, Fallon said, “If you’re not safe to keep your money in a Slovenia bitcoin exchange, where can you keep your money?”

In its online article, USA Today embedded a tweet Kodrič sent to Fallon on Friday to give the late night talk show host the “good news”: “Turns out you CAN keep your bitcoin in a Slovenian exchange. @Bitstamp is open for business and better than ever,” read the tweet.