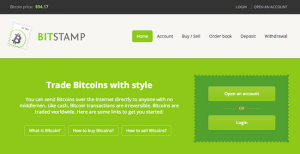 Complaints by Bitcoin community against Bitstamp’s minimum trade fee, led the Bitcoin exchange to make a few very important changes. A user opened a not-so-pleasant but important discussion on the topic of Bitstamp fees. The user explained that Bitstamp promises to charge only 0.2% fee on all transactions. However, Bitstamp also rounds off transaction fees to the nearest penny upwards.

The user on BitcoinTalk forum explained that a $0.01 on a $0.86 transaction is around 5 times the actual fee of 0.2%. When this stacks up, Bitstamp is able to cash in much more on the small transactions. To clarify this even further, if one wished to trade $1, the fee of 0.2% would act as this: $1.00 (transaction amount) x 0.002 (fee percentage)=$0.002 (actual fee in USD before rounding off). This would then be rounded off to a fee of $0.01, which meant that in actuality, a user would be paying 1 penny for every one dollar transaction which is about 1% fee instead of the 0.2% fee promised by Bitstamp.

Paying 1 penny might not seem like a lot, but it definitely adds up when there are thousands of transactions happening on a daily basis.

In order to counter this issue and complaints, user Boxman90 suggested that instead of a minimum trade amount of $1, Bitstamp should change the amount to $5. This is because if the minimum amount a user can trade is $5, the transaction fee will carry out as such: $5.00 x 0.002=$0.01. With this, Bitstamp users will be paying only a 0.2% fee instead of a 1% fee.

Bitstamp was quick to respond to the complaints, it announced:

Bitstamp’s accounting system rounds trading fees to pennies. To greatly reduce the impact of this rounding for our clients the minimum trade amount is being raised to $5.00.

The $5.00 trade minimum will apply to both our web interface and our API.”

Bitstamp also took to the twitter sphere to announce:

With this new implementation, users will not have to worry about overpaying in fees. It is great news that Bitstamp realized there was a serious issue and moved quickly to resolve it.

For latest on bitcoin news, be sure to follow CoinReport.