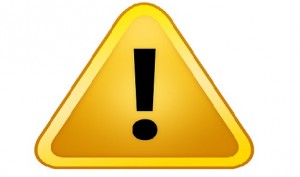 According to the Boston Globe, regulators in Massachusetts issued a warning about the potential risks of Bitcoin and other digital currencies. This Bitcoin warning came after the installation of the second Bitcoin ATM in Boston.

The Office of Consumer Affairs and Business Regulations (OCABR) issued a Bitcoin warning. It strongly advised people “to proceed with caution” because Bitcoin and other virtual currencies are volatile in their value, and are capable of being hacked. This means that consumers could be imposed with sudden loss of wealth in Bitcoin if the price decreases. In addition, the consumers could also lose their bitcoins due to hacking.

However, the OCABR does not realize that any sort of money can be lost or stolen if one does not take extra security measures to protect it. Thus, even though Bitcoin is stored mostly virtually, one can take security further and go cold storage with their bitcoins. This will ensure that one’s bitcoins are pretty much safe and secured.

In addition to this, Bitcoin is currently volatile in its value; however, its durability is what makes the digital currency stand. In the past Bitcoin has stumbled along the way, but it has kept rising back. The fluctuating price is mainly due to the fact that the digital currency is still pretty new and needs some time for it to stabilize completely.

“First and foremost, if you can’t afford to lose the money you have, you should not buy bitcoins.”

This is a pretty good tip, regardless of the fact that the state officials have issued a Bitcoin warning. In any investment, one should be aware of the risks involved and plan accordingly.

Massachusetts’ second Bitcoin ATM was installed in Harvard Square on Monday by Liberty Teller. A Bitcoin ATM allows users to deposit cash and get bitcoins in return that will be stored in digital wallets. The undersecretary of OCABR in Massachusetts, Barbara Anthony, said that her office is currently trying to decide whether the Bitcoin ATMs are similar to regular ATMs.

Massachusetts law says that other than banks, businesses who wish to install an ATM must get state regulators’ approval. Within this process, officials can potentially reject a machine. Barbara Anthony says that her office isn’t saying that a Bitcoin ATM is like a regular ATM,

“but it could be. And the question is, should it be licensed or not? Right now we haven’t come down either way.”

Liberty Teller who installed the Bitcoin ATMs in Massachusetts is not afraid of the state’s warning. Chris Yim, the co-founder of Liberty Teller, says that even though Bitcoin is suceptable to theft, so are credit cards. Yim cited the Target Corp., retail’s recent credit card data heist. Yim said,

“Every time you use a credit card, you’re turning over information for possible identity theft,”

The rise of Bitcoin and other digital currencies’ has caused governments and countries to go into a frenzy in order to decide what to do with them. They are trying to understand what to label digital currencies as, and are coming up with ways to regulate them.

Regardless of any Bitcoin warning, the digital currency is advancing as a technology. It has recently gotten an update to its core system which has provided users more security protection for their bitcoins and has added new features to the Bitcoin system itself. The digital currency is steadily making its way to become an even more reliable source for trading.