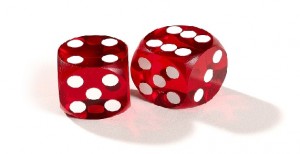 The Securities and Exchange Commission(SEC) is operating an inquiry to gambling website SatoshiDice’s Bitcoin stock sale. According to Bloomberg, this decision was made after the SEC indicated that these dealings could perhaps break American laws.

The SEC sent a letter to bitcoin securities exchange MPEx asking the exchange to hand over contracts and other informational documents related to the gambling website. A copy of the letter can be found on trilema.com

Bloomberg News received an email from Mircea Popescu, an MPEx operator who was the recipient of the letter from the SEC. Popescu said that the exchange did not break any laws. The letter from the agency had only listed SatoshiDice for inquiry, but didn’t specify what the exact issue is.

Securities and Exchange Commission enforcement director, Andrew Ceresney, had said in January that the agency is being “very focused” on determining whether or not Bitcoin-denominated stock exchanges are illegal. American laws require that securities-trading platforms must be licensed. Ceresney said,

“You can invest in those companies with your Bitcoin online. And so the question is, are those unregistered exchanges or broker dealers operating in violation of the securities laws?”

This question, once finally answered, will affect many people who use securities-trading platforms to invest with Bitcoin.

SatoshiDice Sold to a “Private Party”

In July, Erik Voorhees of SatoshiDice said in a statement that he had sold the company to a “private party.” The party was not identified. Currently, SatoshiDice’s stock is not listed on MPEx’s website.

MPEx operator Popescu told Bloomberg that the Securities and Exchange Commission did not list any rules that MPEx had perhaps broken. In fact, Popescu said that American securities laws do not actually apply to MPEx. This is because Bitcoin is not deemed as a legal definition of money, according to the MPEx operator. Popescu said,

“There’s no discussion of breaking laws. Somebody wants to propose I broke a law, they’re to come up with the law I broke.”

This is certainly logical; however, it is up to the Securities and Exchange Commission to decide what their next move will be.