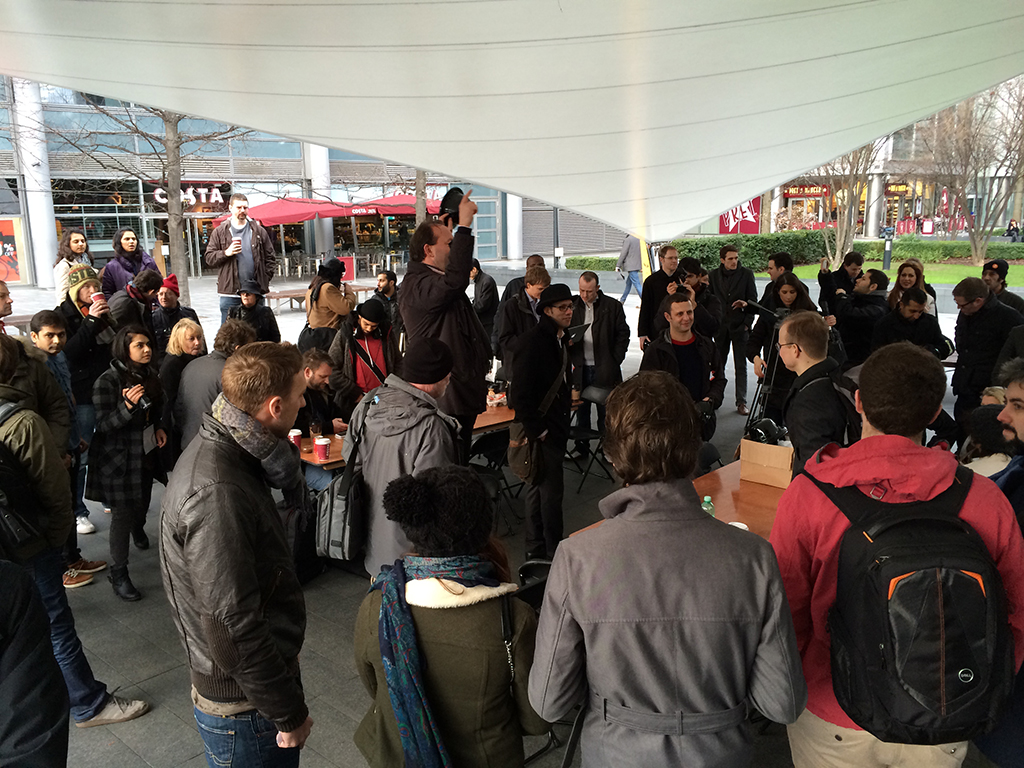 On January 18th, London had its first Satoshi Square Event for bitcoin trading. The event allowed for live face-to-face trading, similar to what we’d expect to see on Wall Street.

The UK event attracted more than 250 sign-ups on its meetup page and took place at Bishops Square, near a popular tourist area. The mission of the meet was to encourage networking, trading and spread public awareness among bitcoin enthusiasts and first time learners.

“We want to increase awareness of bitcoin among the general public. Bitcoin is a concept that’s quite difficult to get your head around, so we want to bring the public together with people who are experts in digital currency.”

Elliptic is a bitcoin insurance startup from the UK, and organized Saturdays event.

One of the bitcoin experts Robinson alluded to was none other than Hugh Halford-Thompson. Halford-Thompson is the co-founder of QuickBitcoin.co.uk, a bitcoin marketplace based in the UK. Halford-Thompson did his best to grow the community this past weekend, showing people how to set up wallets and teaching them about bitcoin. During the event, a woman approached the enthusiast to talk about bitcoin. He took on her curiosity right away and asked her, “Have you got an iPhone or Android, we can get you set up!”

Teaching the ins and outs of bitcoin to the people isn’t the challenge. Halford-Thompson says that convincing the banks is:

Aside from the challenges bitcoin faces, the Satoshi Square Event consisted of many welcoming people who had the similar thoughts and feelings for the currency. The event was also refreshing for bitcoin users since bitcoin exchanges are done mostly online. To see people with similar interests in person only made the event more energetic for those who attended.

Open to the public events such as this one are important for bitcoin. People can meet other people rather than deal with automated programs and machines to get a sense of the organic bitcoin community, who are able to clarify or debunk myths and stereotypes about bitcoin.

Here is a video from the event by Roop Gill from Coindesk.com.