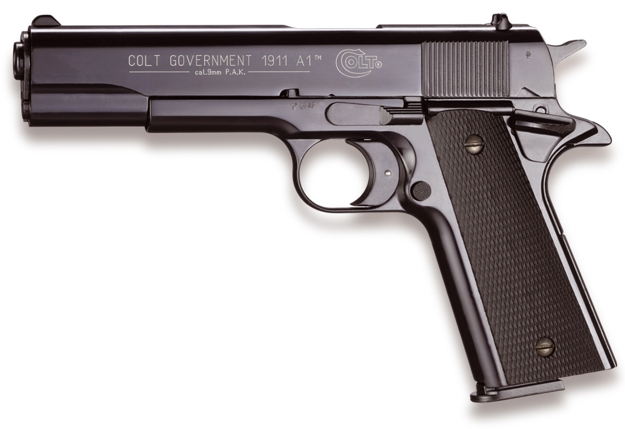 An American citizen has been arrested for the sale of a hand gun on the bitcoin black market. The unidentified 25-year-old male sold the pistol online to Dutch law enforcement officials in exchange for digital currency.

The Amsterdam District Public Prosecutor revealed that the weapon was bought on an unidentified black market website, and thought of anonymous network, Tor.

The hand gun was sent disassembled, with its parts hidden inside of a DVD player, allowing it to sneak by customs.

It is believed by some of the Amsterdam District Public Prosecutors that the US will handle the case stateside, but the agency has made no comments.

The arrest marks the conclusion of an investigation that started last summer, when Dutch police and the Amsterdam Prosecutors set out to buy illegal goods with bitcoin. The translated press release reads:

“Police and public prosecution wanted to investigate whether it is possible to purchase illegal products through the Tor network.”

Tor Networks allow anonymity to sites such as Sheep Marketplace and Silk Road. They allow for the sale of all items, both legal and illegal.

Tor designer Roger Dingledine approximated that there are 800,000 people using the network every day. He pointed out that many use it to access ordinary websites on the Internet.

In October 2013, documents surfaced suggesting the Tor Network was secure and could withstand hacking attempts and breaches from the government.  However, reports have suggested the network is less inclined to protect individual users.

Though there are few details of the case, the Public Prosecutor says that the seller was under surveillance by the US law enforcement’s watchful eye. Officials may have been keeping tabs on the seller before the case was opened, which may have led to the arrest.

The parcel was shipped through standard mail, possibly providing law enforcement officials to link the identity of the sender to the pistol.

Dutch officials claim the transaction was conducted under an alias, and that the bitcoin payment was transferred to a “trust account which the supplier believed to operate anonymously”. The statement continued:

“The suspect will be brought to trial in the United States because of illegal weapon export.”

In conclusion, the weapon involved in the exchange is not illegal in the United States.