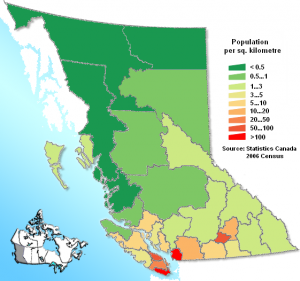 The Georgia Straight, a Vancouver-based weekly newspaper, reports that Nola Western, the deputy chief electoral officer for funding and disclosure for Elections BC, has confirmed that candidates and parties in November’s municipal elections in the Canadian province can legally accept Bitcoin donations.

Western said that under the new Local Elections Campaign Financing Act, which received royal assent in May, Bitcoins are treated as “nonmonterary property.” Candidates and parties must report the Canadian-dollar value of any Bitcoins they receive to Elections BC.

She said there is no limit on the amount of money, property or services that donors can give to civic parties or candidates, so long as the donors give their full name, address, and class (such as individual, corporation, or union). But she stated that a donor cannot give more than $50 anonymously to any given candidate or party.

“If we see somebody getting $50,000 in anonymous Bitcoin contributions, there may be some questions around whether you really got that many $50 contributions [legitimately],”said Western.

Jason Lamarche, who ran as a Non-Partisan Association (NPA) candidate for a Vancouver council seat three years ago, told the Straight he wants the City of Vancouver to allow residents to use Bitcoins to pay fees, fines, and taxes. He questioned why civic politicians are not talking about Bitcoin’s “disruptive” potential.

“I’ve heard people talk about how we’re the Silicon Valley of the North,” said Lamarche. “Well, when we have companies that are working on the type of innovation that we’re seeing related to Bitcoin, why aren’t we helping to promote and use this technology, which clearly has had massive uptake around the world?”

Tobin Postma, a communications manager with the City of Vancouver, told the Straight that city hall has “no plans to consider accepting Bitcoin.”

Representatives from the NPA and the Coalition of Progressive Elections said those parties do not plan to accept donations in Bitcoin. Glen Chernen, a Vancouver mayoral candidate with the Cedar Party, told the Straight via Twitter that his party welcomes donations in a number of currencies, including Bitcoin.