Bitfinex made a big announcement early Tuesday morning (and by early I mean before the sun rose on the east coast) that they were suddenly adding a new mining contract onto their site, to launch at 9 AM. Despite the fact that they haven’t yet added Darkcoin as a margin trading option – which is odd given that it has been a part of their site for quite a while (at least in the altcoin world) – they immediately enabled margin trading for the TH1 asset. That’s very interesting, but I’ll get to why in a second. First, what is TH1?

So let’s get into the weird bits. Let’s talk about fees. 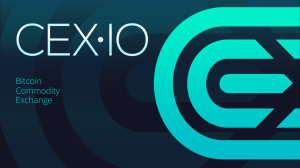 Cex.io charges users consistent maintenance fees over each day. These fees go to pay for electricity and the other costs associated with running the machines that power the gargantuan cloud mining operation. They charge a nice 0% pool fee (for those unfamiliar, pool fees commonly are paid to the operators of a mining pool – 0% is not universal in any sense).

Cryptsy’s MN1 and MN2 on the other hand are much more opaque. They list on the page describing the contracts recent payouts from them, but little else – it’s unclear what fees, if any, the user is being charged. Presumably the user is paying a maintenance fee much like Cex.io is, as well as potentially a pool fee, but unfortunately, complete opacity makes it impossible to know. I would personally never buy these simply due to the lack of information on them – in my opinion, Cryptsy is doing their customers an extreme disservice by not clearly explaining the fee details.

Anyway, TH1 charges a pool fee of 3% (!) BUT charges NO maintenance fee. It’s an interesting difference, that I actually quite like – it’s much simpler to calculate their value this way, and much cleaner to boot. Essentially, for investment purposes, each TH1 is really not a terahash, but actually is 970 GH/s – 3% off of 1000 GH/s.

But that’s not even the weirdest stuff.

Cex.io and Cryptsy’s contracts are all lifetime contracts.

TH1 expires after 3 months. So when you buy it, you only get to own it for those 3 months, and then it goes poof. Presumably, this will lead to an amusing last 2-3 days of TH1‘s life, where the price will rapidly approach 0. The last 30 minutes of its existence will likely be particularly amusing, as people gamble (or don’t) on whether or not a block will be found before the TH1’s enter the void.

Determining that takes a few assumptions. So, if we assume that:

Then we can toss that first piece of info into a mining calculator (along with the power, 1000 GH/s, and the fee, 3%), and it pops out that we should expect to mine around 1.13 BTC over the lifetime of TH1.

But if we just buy and hold TH1 and do nothing at all with them, we would be idiots. We can loan them out, using Bitfinex’s system. If we assume rates will stabilize at an average of 0.05% / day, which is high but not incredible (USD is stable at 0.04%), our 1 TH1 would also generate an additional roughly 4.5% of its average value over the holding period. If we assume it will decline steadily from its estimated true value ™ of 1.13 BTC to the 0 BTC it is worth at expiration, this gives us a total value of about 1.18 BTC.

But moving on: That’s not the only thing interesting about TH1. The other neat thing is something that NEVER happens outside of the cryptocurrency world: A new asset was just created! Never before seen on this planet! Crazy stuff – you can now short a mining contract, using Bitfinex’s margin trading system. Kinda wacky – you have to pay out the earned mining value yourself if you want to short sell it, in addition to paying the interest rate on the loan of TH1 you receive. I just find it remarkable as a thought experiment; shorting a mining contract has never before been possible, and I encourage readers to think over the pros and cons of doing so. It’s an odd proposition.