Newly available to Apple’s App Store, breadwallet is an iOS Bitcoin wallet application. It is touted as the first standalone Bitcoin wallet for iOS, meaning it offers a direct connection between users and their Bitcoins, with no servers that could be hacked or go offline.

Breadwallet is the brainchild of entrepreneur and mobile app developer Aaron Voisine. In an interview with CoinReport, Voisine said he was prompted to create breadwallet because he was unsatisfied with the available wallet options out there. 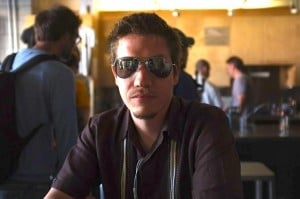 “Malware theft is going to be a huge problem as bitcoin grows into a major world currency, and regular people need a way to safely and conveniently hold bitcoin. iOS is the best protected against malware of the popular coming platforms, but there weren’t any bitcoin clients for iOS. All the iOS wallets used trusted servers instead of connecting to the bitcoin network to obtain balance and transaction data, so if those servers get hacked or go down, you lose access to your money. I also felt I could do a better job creating a beautiful and intuitive user experience for people who aren’t necessarily bitcoin experts.”

Voisine began his project last summer, and has been working on it full time since November. The biggest challenge he faced was developing the Bitcoin network client portion of the app, which in itself was a six-month effort. Also, at the time Voisine started the project, Apple would not allow apps into its App Store that facilitated Bitcoin transfers. Voisine said he was convinced that Apple would reverse its policy, so he wanted to have his app ready when the company did. Apple eventually changed its policy, and Voisine was able to get his app submitted to the App Store on the day Apple made that change.

Breadwallet is one of the first deterministic wallets on the market, meaning that all users’ Bitcoin addresses and private keys are generated from a single seed value. Voisine said this seed is encoded in a user’s 12-word breadwallet backup phrase.

“If you have this phrase, you can restore all your bitcoin private keys and addresses, including all balances and entire transaction history. You don’t need to keep making periodic backups. It also makes it convenient for the wallet to use a new address for every transaction which is important for protecting your financial privacy.”

When asked if he had any plans to expand breadwallet to other operating systems such as Android, Voisine said he’d love to create an Android version, but acknowledges that it is incredibly difficult problem trying to figuring out how to do so without subjecting users to the risk of malware theft. He said he’ll continue to explore possible avenues.

“Getting bitcoin safely into the hands of millions of unbanked people using cheap Android hardware is incredibly important,” Voisine said. “They’re the ones who are in most desperate need of a way to protect their savings from horribly mismanaged, state controlled currencies.”

When asked what he finds attractive about Bitcoin, Voisine said the digital currency “is the most important thing happening on the planet right now.”

“Monetary restandardization is a rare an awesome event. It’s only happened a few times in human history, like when metal working was developed and the world started using gold as money. I want to help anyone participate who wants to be a part of that, by making it safe and inviting.”

Voisine told CoinReport that at this point, he doesn’t think there is anything that can stop Bitcoin, saying:

“The incentives that Satoshi (Nakamoto) built into the system are too strong. Money is the most powerful network effect there is. The only reason people want green paper with numbers on it, is because everyone else wants it. You want to hold whatever commodity everyone else wants to hold. Early bitcoiners understood this and invested time, energy and resources into this silly internet money thing, and are now sitting on massive financial gains. They are looking for ways to spend those gains which drives merchants to accept it. Merchant acceptance builds confidence for new people to acquire and hold bitcoin, knowing they will be able to spend it on goods and services when they wish, which drives further gains and more acceptance. Money is like an investment bubble that doesn’t pop. I have to give credit to Curits Yarvin, aka Moldbug, and his ‘bubble theory of money’ for this insight.”