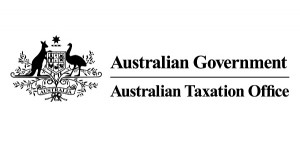 Starting as just a virtual currency, backed up by mathematical codes, bitcoin has now become more than just a reality. Last year, the currency rose from $13 to $1,200 by November.

Due to the rise in popularity and the global use of the currency, the Australian Taxation Office (ATO) could not afford to continue overlooking it. At the same time, they still do not know how to regulate bitcoin; whether to classify bitcoin as a currency or a commodity. It seems that this is one of the issues that governments are facing in regards to bitcoin, around the globe. Moreover, the Australian treasury states that it has no plans of categorizing bitcoin as a legal tender. The Canadian government, too, ruled last month that they do not consider bitcoin as a legal tender.

Anti-Money Laundering and Counter Terrorism Financing Act 2006 is being reviewed by the Attorney General’s Office. They want to figure out if a government change is needed now to cover bitcoin and to better protect investors.

The ATO is looking to issue guidelines on how to account for the digital currency in this year’s tax returns. United States’ IRS, the counterpart of the ATO, is also aiming to issue guidelines within this year. Senior assistant commissioner Michael Hardy said “The ATO is working on a holistic understanding of the taxation treatment of Bitcoin to be in a position to provide certainty for the Australian community.” He told the Financial Review’s Sunday program on Channel 9 that the ATO will provide advice to taxpayers before June 30th.

Hardy included “The buyer may also need to keep records of the value of the purchase and account for the tax consequences if it represents a business expense or if the purchase is an asset which may be subject to a capital gain or loss.”

Hilarie Dunn, spokesperson from the Australian Securities Investments Commission (ASIC) stated “Electronic currencies or crypto currencies – which include Bitcoins – are a developing area globally. Like other regulatory bodies around the world, ASIC is considering whether and how current legislation (such as the Corporations Act) might apply to these arrangements.” It seems ASIC has put bitcoin on its regulatory radar. We will soon be seeing the outcomes of this in the near future.

To Regulate Bitcoin or Not To

Alex Malley, the Chief Executive at CPA Australia stated “Not only is it (bitcoin) going away but it is going to continue to grow… In simple terms, it’s a currency with value and it’s real and it has an impact that is real. You can buy coffee in … Melbourne in bitcoin. You can do business globally with a bitcoin. That’s real.”

Because there have been cases of people having their bitcoins stolen, Malley was glad to hear of the Australian government’s plan to regulate bitcoin. He said,

“People are having Bitcoins stolen off their website – not traceable. The FBI has been involved in projects in 2013 where they seized $US28 million worth of Bitcoins, so this is an ongoing challenge.”

Bitscan runs an online directory for companies which allow people to buy everything from clothing to real estate. Rob Wilson, Bitscan. “The response in take up has been pretty phenomenal. So, we signed up 6,000 businesses and we’ve only been live for this product since mid-December.”

Just as bitcoin has been gaining in popularity, lately it has also attracted a lot of negative attention. For example, there has been the recent crackdown of the black market Silk Road and the arrest of Charlie Shrem, CEO of Bitinstant. Still, illegal activities have been occurring through legal tenders since time immemorial.