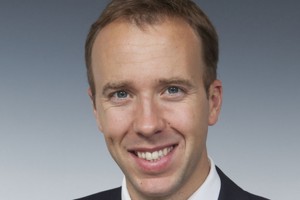 The United Kingdom is exploring the use of blockchain technology for effective distribution of taxpayers’ money.

According to the Guardian, Cabinet Office minister and Paymaster General Matthew Hancock said the UK was looking at how the technology could be used for distributing public money, including grants and student loans. Potential benefits include increased efficiency in public money management, and the building of a “new culture of trust.”

Hancock said in a statement that the government cannot ignore the emergence of new technologies, as was done with the web.

In an interview last year with Wired, Hancock explained that he didn’t see a great clash between technology and government.

“I don’t really mind who does the things that need to be done. What I care about is getting the right results,” said Hancock.

He also expressed that the government doesn’t necessarily have to play a role in determining which goods and services are best for the public.

“If user feedback allows people to know which services are good without a government regulation having to have an authority check on whether that service is good or not then that’s better isn’t it?,” said Hancock.

The Guardian also reported his reservations about getting too caught up in the hype surrounding the blockchain. He stated that blockchain technology isn’t going to solve every problem and isn’t going to work in every context.

The announcement further demonstrates the UK’s interest in the blockchain and cryptocurrencies. Last month, the Bank of England announced its partnership with University College London to develop the RSCoin.