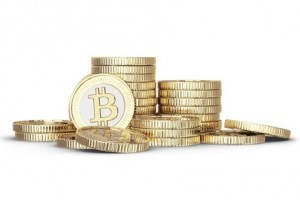 Bitcoin brokerage provider Trucoin sent out an e-mail earlier this week to a list of interested users announcing the introduction of its first service offerings to customers in eight US states.

Speaking to CoinDesk, Trucoin president and co-founder Chris Brunner suggested that company officials had been seeking to offer services to the American market for approximately three years, but legal requirements were a consistent obstacle.

However, he indicated that Trucoin is now putting this obstacle behind it with the goal of serving the American market more broadly, aiming to increase its total to 33 states.

Though compliance has been a major concern for Trucoin, Brunner said the company is looking to provide more to consumers by releasing a consistently reliable avenue to Bitcoin buying. Fostering this convenience is Trucoin’s decision to offer credit cards as a payment method.

Brunner described the decision as one that would better position his company to cater to the “average joe” Bitcoin user.

“We’ve put a great deal of effort into putting in place a fraud mitigation system that allows us to accept debit and credit cards, so for new customers it takes less than two minutes to set up. There’s no waiting for a human to manually review your account in almost every case, and once you’re a customer you’re able to make purchases in seconds, as many times as you want.”

Trucoin’s launch generated significant attention on Reddit, with users looking to learn more about the validity of the company and its services.

Some users called for an alternative to social network login, which requires users to part with this information. Trucoin said the social login has been mandated as the fastest way for it to maintain know your customer (KYC) compliance.

Trucoin also engaged with Redditors prior to its services launch, revealing that it buys its Bitcoins from exchanges and will retain some customer data for seven years in accordance with American law.

Though it is beginning its push in the US, Trucoin’s ultimate aim is to service 100 nations, offering services in 10 languages through a single Bitcoin brokerage system. While a lofty ambition, Brunner said that with his company’s commitment to compliance, it’s “something that’s going to be possible in the near future.”