Knox brings together a mobile-first sensibility, institutional grade methods of storage for several assets and a user-friendly interface to safely store them. The wallet is built for issuers of asset-backed blockchain tokens like real estate, debt or equity. Digital assets like Ethereum and bitcoin can also be held in it. It may be used by exchanges that want to administer issued securities trading on their platforms.

The thought behind the new wallet is reportedly to offer a better user experience compared to other available choices. Moreover, it is designed to tackle security risks typically associated with digital securities and digital assets.

TokenSoft CEO Mason Borda said in the news release we received, “As real-world assets enter the blockchain world, it’s important to protect them with the same level of security we treat traditional digital assets.”

He added, “We see this of critical importance given that almost $1 billion of cryptocurrency was stolen by hackers in the first three quarters of 2018 alone.”

Borda, in building Knox with the team, leveraged his pedigree in developing enterprise-grade custody solutions from having worked in the initial phases of Goldman-backed BitGo.

“We built Knox for our clients of all types who are launching asset-backed tokens and collectively are planning to place over $1 billion in digital securities on to the blockchain in 2019. As these assets arrive on the blockchain, there should be adequate solutions to secure them,” stated Borda.

There are three levels of security incorporated in Knox: 1) cryptographic authentication, 2) role-based access control, and 3) offline cold storage. The company says it expects several kinds of corporations to use the wallet, including exchanges that could use it to administer and manage assets trading on their platforms.

Knox further strengthens the security-first digital assets software support of TokenSoft, giving token issuers an institutional grade tool for managing their digital currencies and securities. Issuers are able to take actions via the firm’s platform, actions like creating a separate shares class, reducing the number of outstanding shares (or tokens) or increasing the number of shares outstanding.

Following the testing currently underway, general availability of the new Knox Wallet is scheduled for later in the first quarter of 2019. 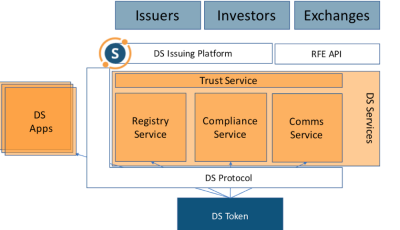