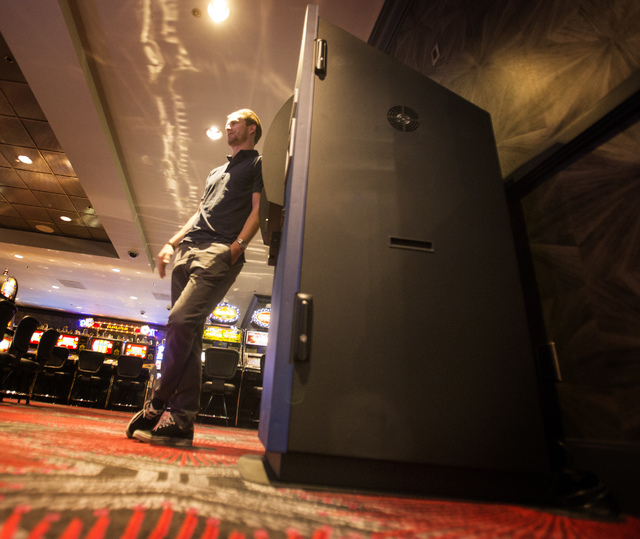 The D Hotel and Casino is the first of its kind to have a bitcoin ATM unit installed on the premises. The ATM is a Robocoin unit, which happens to be the manufacturer of the world’s first ever bitcoin ATM.

The D Hotel and Casino

The unit resides beside the hotel gift shop, and stands in at 5 feet, 7 inches tall. With the unit, bitcoiners are able to convert all their unwanted and cluttered cash into digital currency.

“I’m anxious. I’m excited about it. But it’s not something you can project that easy.”

Robocoin is based out of Las Vegas, making the unit’s installation feel right at home. The machine holds up to $500,000 in cash, ready to convert bitcoins into dollars to be used for gambling games. Kelley claims the machine:

“…is going to change the international gaming market considerably. It’s going to add enormous value from a gaming perspective.”

The Robocoin CEO jokingly calls the unit at The D “Lucky Number 7”, for good luck. Additionally, he believes that he can install at least another 5 bitcoin ATM units in Vegas by the end of this year.

Located in downtown Las Vegas, The D Hotel and Casino inches a little closer towards accepting bitcoins for casino games. As of now, hotel guests can use bitcoins for their stay at The D, but can’t use them at the blackjack table or for other casino games.

Although bitcoin will be barred from the gambling scene, Stevens has mentioned that there is still plenty of uses for bitcoin his hotel to satisfy bitcoin enthusiasts. He hopes bitcoin will open up a new demographic for his business.

With Kelley’s family so heavily involved within the Las Vegas economy for so many years, his bitcoin ATM is an achievement and a part of his family’s long lasting legacy, as well as bitcoin’s short history. He said:

“Having a machine in a casino is a testament to how far Bitcoin has come. We’ve built the most compliant Bitcoin ATM in its space, and we shine a very compliant light on Bitcoin.”