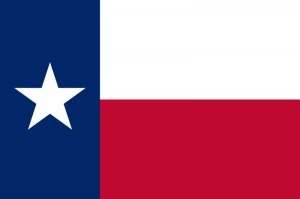 Yesterday the US government announced its first Bitcoin securities fraud case, accusing Trendon Shavers of running a Ponzi scheme in which he got people to turn over their Bitcoin with promises of high interest rates and the ability to recoup their investment at any time, report several news outlets.

The Associated Press reports that Shavers, of McKinney, Texas, appeared in federal court in the state on securities and wire fraud charges outlined in a criminal complaint unsealed in the US District Court in Manhattan, New York.

“This case, the first of its kind, should serve as a warning to those looking to make a quick buck with unsecured currency,” said Preet Bharara, the US Attorney for the Southern District of New York, in a press release.

Reuters reports that 32-year-old Shavers, known online as “Pirateat40,” has been charged with misappropriating approximately 146,000 of the 764,000 Bitcoins, at the time worth more than $4.5 million USD, that he raised between September 2011 and September 2012 by promising investors “absurdly high” interest rates. If convicted, Shavers faces up to 20 years in prison on each count.

Reuters reports that the criminal case follows an order in September by a federal court in Texas that Shavers give up more than $40 million USD in illegal profit, interest, and fines in a related US Securities and Exchange civil suit.

The news agency reports that Shavers allegedly garnered control of as much as seven percent of the Bitcoin market by promising investors up to seven percent in weekly interest based on his ability to trade Bitcoin under his operation Bitcoin Savings and Trust and a promise that investments could be withdrawn at any time.

Forbes reports that Shavers’ scheme began to unravel when he announced that the weekly interest rate would drop to 3.9% effective August 1, 2012, and Shavers allegedly started making preferential payouts to friends and long-time investors with his remaining investors. Later that month, he declared default, claiming his “decision was based on the general size and overall time required to manage the transactions.”

However, authorities argue that Bitcoin Savings and Trust was nothing more than an elaborate scheme that Shavers used to rake in millions of dollars in Bitcoin, reports Forbes. The news agency reports that through payments of purported interest, Shavers returned about half a million Bitcoins in investors, and transferred the remainder – about 150,000 Bitcoins then worth $1 million USD – to his personal account to fund expenses, which Reuters reports included a new BMW M5 sedan, spa treatments, casino visits, and a $1,000 dinner at Gallagher’s Steakhouse in Las Vegas.

Authorities say at least 48 of approximately 100 investors lost a portion or all of their investment with Shavers, reports Forbes. Reuters reports that Bitcoin Savings and Trust was not incorporated and Shavers ran the operation by himself.

Shavers was released on bail Thursday, reports the Associate Press. According to Reuters, he is slated to appear in federal court in Manhattan on November 14 after his case is transferred.