The FBI is back at work putting criminals on the street, this time with the aid of INTERPOL and the DHS. Earlier today, the FBI arrested alleged Silk Road 2.0 operator Blake Benthall (see the press release the FBI and the Department of Homeland issued this morning). Benthall, a former engineer for SpaceX who recently made a $70,000 downpayment on a new model S in Bitcoin, is being charged with conspiracy to distribute narcotics, traffic fraudulent IDs, and launder money – as well as a generic “conspiracy to commit computer hacking.” Together, he faces a possible sentence of up to life imprisonment.

At the time of writing, the .onion address formerly associated with SR2.0 is displaying the following message: 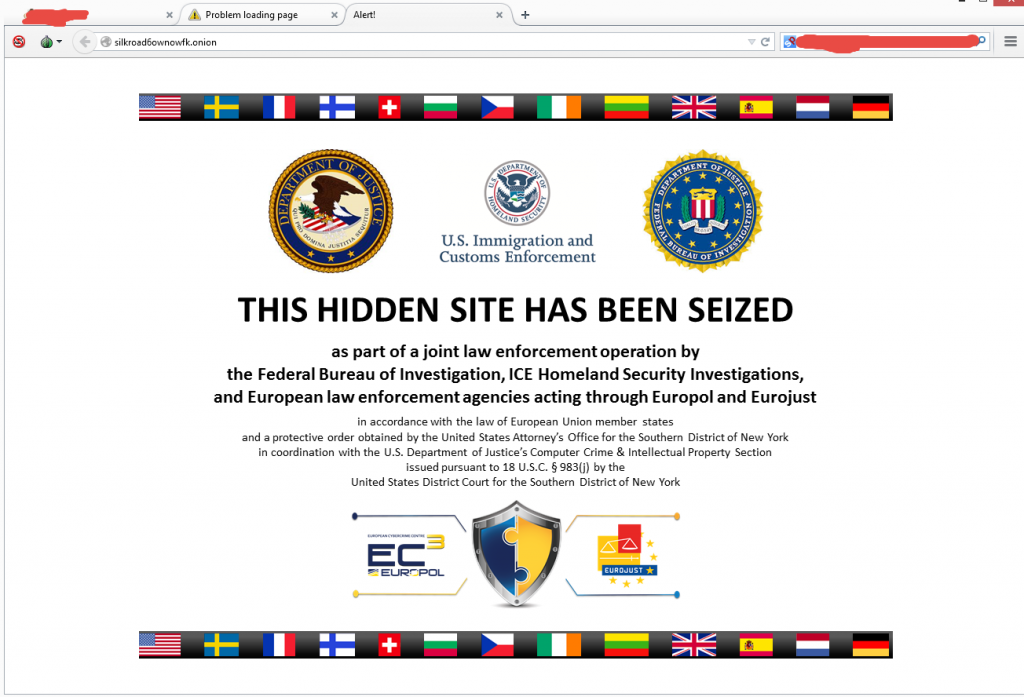 Simultaneously with the original shutdown, several other Darknet sites went down – some of them appear to have been seized as part of the same operation (referred to by the FBI as “Onymous”), including Cloud Nine, Hydra, BlueSky, Outlaw Market, and Alpaca.

Based on the little information currently available, it looks like Benthall didn’t make the FBI’s job all that difficult: the web host running SR2.0 was registered under his own email address. The actual operation in question appears to have involved SR2.0 hiring a support staff member who was actually an FBI agent, according to Ars Technica.

The Silk Road 2.0 represented only about a third of the current easily visible Darknet market activity, and it seems likely that the other sites will grow to absorb their competitor’s lost business. However, in the interim, it seems worthwhile to question what the FBI really accomplished here. Even if it takes some time for online drug trafficking activity to resume normal levels, is that really a win? It would be the height of foolishness to imagine that, in the long run, the elimination of online drug trafficking would actually reduce the total quantity consumed (which is enormous, incidentally). Instead, any sort of success in reducing online drug trafficking will, inevitably increase the amount of drug trafficking that goes on in the real world – the sort of drug trafficking that seems to inevitably invite violence. The FBI, by dedicating its resources to pursuing victimless online drug crime, is actively making the world more dangerous, in a very direct and tangible way. News outlets as large as the Washington Post have made similar observations.

“As alleged, Blake Benthall attempted to resurrect Silk Road, a secret website that law enforcement seized last year, by running Silk Road 2.0, a nearly identical criminal enterprise. Let’s be clear—this Silk Road, in whatever form, is the road to prison. Those looking to follow in the footsteps of alleged cybercriminals should understand that we will return as many times as necessary to shut down noxious online criminal bazaars. We don’t get tired.”

That may be true, although I suspect that at least some of the more paranoid Darknet operators will be a good deal harder to apprehend than Ulbricht or Benthall. Regardless, law enforcement officials should be wary of being too smug: their current strategy for dealing with Darknet markets has involved hacking or infiltrating their way into having server access, and then taking down the operator and server, single-point-of-failure bottlenecks that allow trade to take place. Future decentralized platforms, like OpenBazaar, will not have these structural weaknesses, and will not be vulnerable to the sort of tactics that the FBI has thus forth relied on. The current misguided efforts to take on the Darknet have a clear expiration date.

Blake Benthall will be tried in the state of New York. You can read further updates on the trial here as they become interesting.