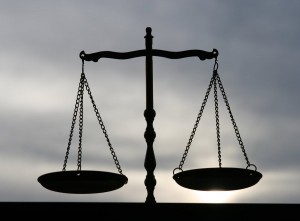 If you ever want to know what it feels like to be taken in by a Ponzi scheme, take a few hours to work your way through this BitcoinTalk thread, in which user “Pirateat40” convinced thousands of people, with surprising ease, that he really does have an investment opportunity that offers 300% annual returns. If you want to know what it sounds like to be taken in by a pyramid scheme, read this quote by one user dismissing the argument that Bitcoin Savings and Trust was a pyramid scheme.

“It’s not irrational to speculate on high-risk ventures. If you think the risk of him running off with your money is higher than the potential rewards, avoid it; we think the rewards are higher than the risk, so we put money in, and it really is that simple.”

The organization in question has now, nearly two years later, been finally established in a court of law to be a Ponzi scheme, to the tune of a $40.7 million USD judgement against Trendon Shavers, the real name of BST operator “Pirateat40.” The trial was a civil suit in Texas against Shavers, and, in his closing statements, US Magistrate Judge Amos Mazzant said that Shavers “knowingly and intentionally  [operated his company] as a sham and a Ponzi scheme,” and misled investors about how revenue was being generated and how secure their investments were.

“The collective loss to BTCST investors who suffered net losses (there were also net winners) was 265,678 bitcoins, or more than $149 million at current exchange rates.”

It doesn’t appear that anyone has, at time of writing, been able to reach Shavers for comment, and it’s unclear whether he’ll even be able to pay the judgement, which includes both a fine and a sacrifice of illegal profits. One thing is clear, though: this won’t be the last cryptocurrency scam to appear, so be careful. Bitcoin does not change the fundamental rules governing the fundamentally marginal, advantage-erasing, equilibrium-seeking nature of markets and finance. You should be as skeptical of too-good-to-be-true deals in Bitcoin as you are in cash.

If it needs to be said: don’t trust strangers on the internet with your savings. It’s just not a good idea.

Disruption in Motion: Bitwage.co and the Utility of Bitcoin Payroll