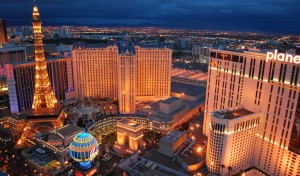 Next month, CoinAgenda will debut the first conference dedicated solely to Bitcoin and virtual currency investors.

Taking place October 7 to 9 at the Palms Casino and Resort in Las Vegas, CoinAgenda is broken into two events. The main CoinAgenda conference features two days of keynotes and specialized sessions on cryptocurrency investment, trading and hedging strategies, and allocation of virtual currency portfolios. Approximately 40 speakers will present during the conference. Throughout the conference there will be meals and cocktail parties, including a special dinner on the 8th at the former Mike Tyson mansion made famous in the film “The Hangover.”

BitAngels, the world’s largest angel network for investing in Bitcoin companies, and whose co-founder, Michael Terpin, is organizing CoinAgenda, will hold a concurrent event focusing on startups and early-stage investments, with 20 early-stage startups presenting. As stated in a news release CoinReport received, those 20 startups will be selected on merit to attend the BitAngels conference to present at no cost to both CoinAgenda delegates and BitAngel members in joint sessions, and another 10 ramp-up firms can buy presentation sponsorships to demonstrate their products at a significant discount over the standard sponsorships. Startups have until September 29 to submit their presentations. The winning firms, who will also receive complimentary tickets to the BitAngels event, will be announced on October 1.

This concurrent event will include social events for BitAngels’ 500-member global network, but does not include all of the investment sessions nor the same hospitality options. CoinAgenda delegates will have access to both events.

Terpin said in an interview with CoinReport:

“For the past year and a half since co-founding BitAngels, I’ve noticed that most conferences I’ve attended and/or spoken at have had a fairly general focus, dealing with merchant adoption, wallet software, legal and regulatory issues, and generally only one or two tracks per conference on investing. At this point in time, with bitcoin companies on track to raise half a billion dollars this year – and the currency itself having traded as high as more than $10 billion – it’s high time that a serious conference focused solely on bitcoin investing take place.”

“We’re also the first conference that is aimed at bringing in new investors as well as seasoned ones, providing a high-end conference for family offices and individual investors accustomed to more luxurious accommodations, food and parties, mixed in (with) the company track that’s more nuts and bolts and available separately, minus the frills.”

The news release notes two other nationally-focused Bitcoin events are taking place in Las Vegas the same week at CoinAngenda. Terpin told Coinreport that “it’s not surprising that two other conferences (Inside Bitcoins Las Vegas, which targets professionals in the cryptocurrency sector, and Hashers United, a new mining conference) would take place in Las Vegas,” given that one-quarter of all major conventions take place in the city, which is Terpin’s hometown. Terpin notes that Las Vegas has a large Bitcoin presence for a city its size, with an active weekly meet-up group, several funded Bitcoin startups, and some of the earliest Bitcoin ATMs in the States.

In a CNNMoney article published in March, Terpin proposed that a state and/or city establish itself as a special economic zone for Bitcoin, and that Las Vegas would be a prime candidate for such a zone. Terpin said that developing CoinAgenda and moving BitAngels’ headquarters is a start. The company will also ”be holding our second annual bitcoin startup showcase for the media, Startup Debut, at the start of the Consumer Electronics Show, but there’s much more to be done. I’m a believer of building a foundation first, then seeking support and building community around that core.”

When asked what he found attractive about virtual currency, Terpin said he has “always been attracted to learning about and participating in technologically driven innovations that have the potential for widespread positive change. I was very active creating and launching companies at the dawn of the consumer Internet era (when I founded Marketwire) and at the beginning of the social media era (when I founded SocialRadius). I see bitcoin’s promise in creating consensus-driven systems around money and business to be an opportunity on the scale of the Internet itself.”

“Bitcoin is growing quite nicely, with double- and triple-digit annual growth in the most important metrics like new users, funded companies and (albeit in a spikey manner) the price of bitcoins. If banks, governments and regulators could agree more on how they want to work with this new technology (the Internet grew most quickly when governments took a hands-off approach), growth could be even quicker. Certain technological hurdles are quickly being overcome; it’s an exciting time to be building or investing in a bitcoin company.”