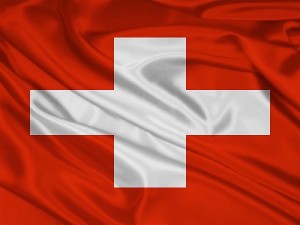 Switzerland’s Financial Market Authority has revised its Collective Investment Schemes Ordnance, adding guidelines on bitcoin. This may be a clue as to whether or not bitcoin will play a bigger role for the Swiss.

The authority has claimed that its role is:

“To protect creditors, investors and policy holders and ensure the smooth functioning of the financial markets. Through consistent supervision and predictable regulation, we make an important contribution to safeguarding the stability and good reputation of the Swiss financial center, and consequently to enhancing its competitiveness.”

FINMA seeks to assure its people a safer financial market, free from frauds and abusers. It realizes that the bitcoin industry is at risk of such threats, and that they need precautions just as every other monetary institution delivers.

As with all regulators that look into bitcoin, the Swiss Financial Market Authority has an understanding that bitcoin users could be potentially breaking the law, and not even know about it. Before investors, policy holders or creditors take the plunge to accept bitcoin into their lives, the authority requests that necessary research and thought go into the decision.

Warnings of bitcoin’s use in the online black market were mentioned, as identities are concealed. This could mean that if a bitcoiner has a transaction with the wrong person, there is a rare chance that the criminal will be caught. More so, the bitcoiner may never get back their digital coins.

FINMA has yet to require any certain provisions for the digital currency. However, bitcoin is viewed by the country as a big step forward in finance, therefore it remains under consideration as to what the future of Switzerland holds for it.

Is Bitcoin a Terrorist Threat?

Though Switzerland is willing to consider the benefits bitcoin can offer its economy, not else everyone is as open-minded to think so. The US Department of Defense has begun an investigation, studying whether or not bitcoin is a terror to America.

One of its offices, the Combatting Terrorism Technical Support Office, will teach the military the dangers of new technologies like bitcoin.

Though there are some fears over bitcoin with regulators, none have been as extreme to categorize it as potential terrorist threat. However, such reactions are expected when something as complex and as new as bitcoin makes its way into the world.