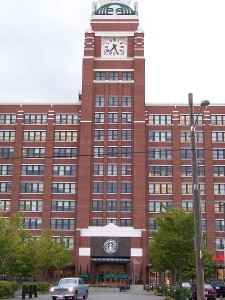 With its loyalty program, Starbucks Corp. is looking to introduce a system akin to airlines doling out miles to customers for credit-card purchases made at other businesses, reported Bloomberg.

Starbucks has partnered with music service Spotify Ltd., the New York Times, and ride-sharing service Lyft Inc. – all of which will let consumers earn points toward complimentary drinks and food at their local Starbucks shops. The program gives out “Stars” when users make purchases, creating a type of currency that works with the coffee chain’s mobile application or loyalty cards. The company credited the initiative with helping spur a 4 percent gain in customer traffic in the last quarter.

The challenge now is branching the Stars program beyond the initial few partners, said Bloomberg. Starbucks CEO Howard Schultz said the company is looking for business in a range of industries that could work with the program, with the goal of attracting customers to visit Starbucks more frequently.

“When fueled by partners, it drives people in the store that they might not have gotten otherwise,” said Roger Entner, an analyst at Recon Analytics, to Bloomberg.

Schultz said in a conference call last week that Starbucks currently has 10.4 million active loyalty-program members, up 28 percent from the year before. The initiative has gotten a boost from more customers using their smartphones to pay for their orders at Starbucks. Bloomberg noted that in the United States, mobile payments now account for one-fifth of all in-store transactions, more than twice the level two years ago.

The initiative is also a step toward a future where Starbucks Stars are accumulated in a manner similar to Bitcoin, gift cards, gold, and airline miles. As part of their collaboration with Starbucks, Lyft, the New York Times, and Spotify all bought a number of Stars themselves. The idea is to use them to reward customers when they buy rides or purchase subscriptions.

“That’s something very close to being like a currency,” said James Wester, research director for IDC Financial Insights, to Bloomberg.

Analysts have suggested that future Stars partners could include companies such as AMC Entertainment Holdings Inc., Chipotle Mexican Grill Inc., Netflix Inc., and Staples Inc. Shultz said that additional participants may be named in the coming quarters.

“We have identified prospective partners in multiple attractive business verticals,” said Schultz in the conference call.

If the Stars program can drum up enough support, it could become currency for digital goods, said Chetan Sharma, an independent analyst for the wireless industry, to Bloomberg. That would mean customers could use the points to buy online games, songs, and videos.

Thad Peterson, a senior analyst at Aite Group, told the news outlet that the trick for Starbucks will be to select the right partners, and not cheapen its rewards. “The biggest risk to a program such as this is dilution of value,” said Peterson.

Bitcoin not a convenient means of payment for US shoppers, survey finds