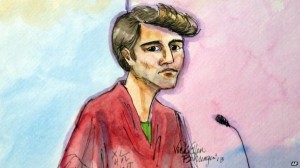 What if the fateful day when FBI agents seized Ross Ulbricht’s laptop, open and unencrypted, never occurred? What if the Silk Road operated today in its original form, circa 2013? Would the online drug trade function differently?

Let’s return to reality: Ross Ulbricht did not shut his laptop that day in the Glen Park library. Silk Road did cease operating. And on February 4, 2015, in U.S. Federal Court in Manhattan, Ulbricht was convicted of seven felony charges.

But who exactly is affected by the government crackdown on the darknet?

Seemingly, buyers of drugs would be affected. However, this may not be the case. According to DeepDotWeb.com, a website providing research on darknet markets (DNMs), there are now twelve active markets operating. The majority have 95%+ uptime and are accessible using TOR, an IP anonymizer. Two-factor authentication (2FA) is now standard on seven of the twelve sites. 2FA allows for greater security as it requires a separate identifying measure to mitigate the chance of an account hack. Bitcoin multi-signature technology has made transactions more secure. Unlike the traditional practice of holding Bitcoin in a central escrow with the DNM holding the private keys, multi-signature allows for funds to clear even if a market is compromised, either from law enforcement or internal corruption. The DNM site can still act as an arbiter to curb scamming, but it also allows for the buyer and seller to mutually move funds out of escrow without the consent of the DNM. This feature is now available on 25% of the top twelve drug markets.

The apparent goals of the Silk Road seizure and subsequent Operation Onymous were to scatter the online drug trade. Officials thought by targeting central sites that they would scatter vendors and buyers across the darknet, making it difficult to engage in further illicit activity. Admittedly, it can be difficult for someone seeking darknet drugs to search the 100,000+ listings of the most popular DNMs. TOR browsing is very slow because connections must be routed around the globe to remain anonymous. Even if TOR was faster, most DNM sites require an account to search their listings, so casual browsing is out of the question.

GRAMS is the Google of the darknet. It is a cross-marketplace search engine hosted on TOR that aggregates listings from major DNMs and lists them in an easy to read, Google-like fashion. Filters sort listings by country, market, price range, and quantity. GRAMS search algorithms are constantly being updated to include more DNMs and listings. This has allowed the casual observer to discover the darknet without the hassle of creating multiple accounts. GRAMS has become so successful that it recently started selling sponsored listings, similar to Google AdSense.

Since the original Silk Road was shut down, the DNM landscape has changed dramatically. It has become more de-centralized. Yet, thanks to sites like GRAMS and the Subreddit r/darknetmarkets, it is still accessible to many people.

The Ross Ulbricht trial marks a turning point for the darknet. Originally created to combat a problem, DNMs have now become a rallying point for the adherents of Libertarian ideology. Ulbricht himself described the Silk Road as an “economic experiment.” Many see him as a martyr and have supported him through it all, from patronizing the Silk Road via contraband purchases to donating over $339,000 via Bitcoin toward his legal defense fund. His downfall was an inspiration to push further, to continue the economic experiment, for the betterment of humanity (hopefully).

So what if Ross Ulbricht shut his laptop?