On February 3, the NeuCoin Project announced its new cryptocurrency, which strives to obtain mainstream adoption by being free to try, simple to use, and by enabling micropayments.

The NeuCoin Project began about a year ago, said NeuCoin co-founder Daniel Kaufman in an interview with CoinReport. He launched the initiative along with Johan Sandstrom, Ophélie Pubellier, and Scott Walker. 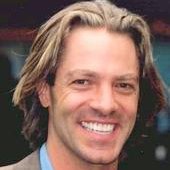 “We loved the idea of what Bitcoin could mean for mainstream consumers, but were struck by how techy, intimidating and inaccessible it was,” said Kaufman. “Bitcoins were hard to obtain and had no real applications at that point which regular consumers cared about. And, not surprisingly, even with all the buzz and media attention, Bitcoin had gone nowhere in six years of existence in terms of consumer adoption.”

Kaufman added that he and his colleagues witnessed how Bitcoin’s distribution to miners only was hampering the digital currency’s mainstream adoption. “Looking to Ripple, and more recently, Stellar, we saw there were alternative technologies which would let you use coin distribution as strategic tool for growth and adoption. That’s when the idea for a super-easy, freemium-powered consumer coin was born.”

NeuCoin said in a press release that its cryptocurrency, which uses an innovative proof-of-stake (PoS) design and economic model, is the first of its kind that will be strategically distributed to all participants who will help boost its growth, utility, and value:

NeuCoin also announced in the press release that it has closed $2.25 million of initial funding. Strategic angels include Patrik Styme, co-founder of King (developer of the popular game Candy Crush Saga); Robert Goldman, head of growth at Facebook; Emil Michael, SVP of business at Uber; Henrick Kjellberg, president of Hotwire; as well as dozens of other top tech and media founders and executives. Strategic advisers include Alex Norstrom, VP of growth for Spotify; Jackson Palmer, creator of Dogecoin; and serial entrepreneur Brock Pierce, who is a Bitcoin Foundation board member.

Asked about NeuCoin’s approach to attracting investors, Kaufman told CoinReport that firstly, its investors know the company and its track record well. Secondly, the investors come from consumer-driven tech and media companies so they take a consumer-oriented approach to any type of project.

“They were fascinated by the potential of cryptocurrencies but agreed they have so far been totally inaccessible for mainstream users, and that no one has approached it from a purely consumer-experience angle,” Kaufman said. “Like us, they saw the potential for mainstream adoption by offering an easy, freemium and actually useful experience. That’s how you get consumers on-board, just like with any other digital consumer product.”

Kaufman added that having high-caliber investors means a lot for the NeuCoin Project. Its investors were invited to contribute based on their abilities to foster strategic partnerships and help drive consumer adoption. “Their support and advice will be invaluable for NeuCoin to reach mainstream adoption,” Kaufman said.

He said NeuCoin’s distribution model is the engine for growth and adoption, which is a strong advantage over proof-of-work coins such as Bitcoin. Aside from being totally consumer-driven, NeuCoin’s other key advantage is its execution.

“NeuCoin already has micropayment partnerships in place and will be ready to roll out the first pilots soon after the coin launches,” said Kaufman.

NeuCoin said in the press release that it will roll out the pilots with three major content partners: MondoMedia, YouTube’s number-one animation channel with more than two billion views; Jango, an online music service with eight million monthly users; and RadioAirplay, an artist promotion firm with 250,000 artists as customers. According to the release, consumers will be able to tip emerging artists 25 cents, pay 10 cents to watch a premium video, or pay 50 cents to avoid video advertisements for a month.

The term “freemium” is used throughout the press release and on the NeuCoin Project website. For Kaufman, “freemium means that consumers will be able to try NeuCoins for free with zero friction. If they like the experience, they will come back for more. For regular consumers to try something as new and different as digital currency, it has to be easy, it has to be free to try, and it has to offer some real benefit, giving them something they can do which they hadn’t been able to do before.”

Kaufman pointed to fast-growing consumer services like Candy Crush, Dropbox, Spotify, and WhatsApp, which offer a free entry-level platform to let new users try the service and have a good first experience.

“In this digital economy, this is key to consumer adoption,” Kaufman said.

He brought up Bitcoin tipping as an example.

“A non-Bitcoin-savvy consumer would have to sign up for a tipping service, create a wallet there, then top up the wallet – which means finding out how to buy Bitcoin (and upload banking and personal information onto an exchange). It is highly unlikely that a user will jump through so many hoops just to tip someone 20 cents. With NeuCoin, users will be able to test our micropayment platform and experience its benefits for free.”

“First, NeuCoin’s freemium distribution is essentially paying the content provider for offering consumers a ‘free trial’ of their content. Second, content providers will also be rewarded with NeuCoin for every new user who converts to NeuCoin, like any user-acquisition bounties,” Kaufman said. “This way, the consumer and content provider both benefit twice. That’s how you create a virtuous cycle of adoption.”

NeuCoin said in the press release that its projects will be funded by three separate not-for-profit foundations located in the Isle of Man. The foundations each have their own focus: core, growth, and utility. Kaufman told CoinReport that the three separate foundations enable a more decentralized support of the NeuCoin Project than if it were funded by one single foundation. “While all three foundations are ultimately controlled by coin holders (one coin equals one vote), they will have different council members, budgets and priorities. That will be healthy and help maximize NeuCoin’s value.”

The press released noted that NeuCoin’s design maximizes security, minimizes transaction fees, and ensures its long-term decentralization. Three billion NeuCoins will be pre-mined and distributed among the foundations (83.3 percent), the initial investors (10 percent), and the founders (6.7 percent). Over a 10-year period, the supply of NeuCoins will rise to about 100 billion, primarily from PoS awards that steadily fall from 100 percent to 6 percent annually. After 10 years, the supply of NeuCoins will increase by two percent to four percent, based on the number of coins miners stake. The release said the high PoS rates reward early NeuCoin adopters and address a key security issue of previous PoS coins by incentivizing PoS miners to stake many NeuCoins and operate many nodes.

This spring, NeuCoin will launch several products and services, which include an online wallet, cloud mining services, and a gamified consumer onboarding website. Kaufman said the wallet – MyNeuCoin – is simple and intuitive without any technical jargon on the front-end, but with heavy security and robust Blockchain.info-style of handling private keys on the back-end. Kaufman added that MyNeuCoin will have auctions for the digital currency, giving users a handy way to shop at merchants such as Amazon, Google Play, iTunes, and Zynga. The cloud mining services let consumers earn PoS awards on their coins by dragging them into “growth accounts,” without ever having to hear the word “mining,” Kaufman said. The gamified consumer onboarding website – GetNeuCoin.com – will serve as a tutorial through which users learn about NeuCoin and cryptocurrencies in a fun and engaging way, while earning some free coins and even more if they recruit their friends. Kaufman said these types of onboarding experiences are core to NeuCoin’s strategy: frictionless, fun, easy, and useful right away.

Kaufman and his fellow founders have previously created several successful internet companies in the music, gaming, and shopping sectors, with hundreds of millions of users overall. Kaufman himself is the founder of Jango; Dash, which was named Time magazine’s “Internet’s Best Shopping Tool” in 1999; and DirectRevenue, an online contextual advertising firm.

Asked how his entrepreneurial experience shaped the development of NeuCoin, Kaufman told CoinReport that “the constant motto in the companies [the co-founders and I] have built it that it’s always all about the consumer experience. You can have the greatest technology in the world, but if it’s not intuitive and fun for consumers, they won’t care. All the best tech companies – Apple, Google, Tesla – understand this. Coming from the content-creator side, we also understand the other side of the consumer experience: the need for conversion and monetization, the merchant side of the equation. For something to catch on, consumers have to love it and it has to make sense for the ecosystem.” 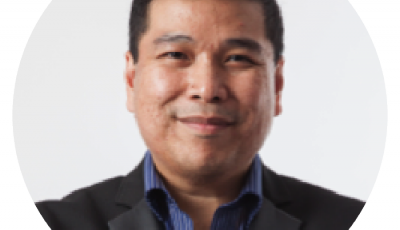