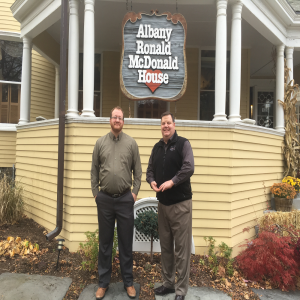 Ronald McDonald House Charities of the Capital Region, the first charity in Upstate New York to start accepting donations in bitcoin, hopes to hit the $5,000-mark in donations from bitcoin users by Giving Tuesday this December 1, according a press release of theirs CoinReport received.

The local chapter of the Ronald McDonald House Charities (RMHC) became the first charity in Upstate NY to accept bitcoins last November. It has raised more than $3,500 in less than a year, and hopes to hit the $5,000-mark on Dec.1.

“Getting to know the Bitcoin community has been a remarkable experience. The money is much needed, the PR has been fantastic, but this community means so much more to us,” said Jeff Yule, executive director of the Ronald McDonald House in the press release. “Many are so very passionate about the concept of digital currencies and the opportunities they present to the world, especially in developing or fragile traditional economies. They are deep rooted in their communities, locally and globally, and care about their neighbors in need.” 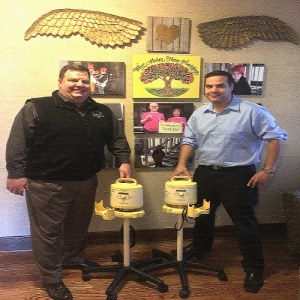 When, in March this year, the Ronald McDonald House Charities of the Capital Region was in need of a commercial breast pump, they looked no further than the NY Bitcoin Group to help them find funding. Chris Dosch, a NY Bitcoin Group member, gave Project Lighthouse – a decentralized crowdfunding application that works in the same way as GoFundMe, but without the hefty fees – a shot.

The goal was accomplished in one month’s time.

The press release said that with just a few charities accepting bitcoin nationwide, and the Ronald McDonald House of the Capital Region being the only local chapter, Yule is happy to have his houses of love be a part of the bitcoin community.

“Since Bitcoin’s creation, one of the strongest things to grow with it is a sense of community. Being the most cutting edge method of monetary payments over the Internet, the collaboration with charity is a natural evolution. Bitcoins have allowed quick and low cost donations to local charities to open up the entire globe,” stated Lucas Clemente, another member of the NY Bitcoin Group. “The Albany Ronald McDonald House is one of the most deserving local charities, and I am enthusiastic to support them with bitcoin.” 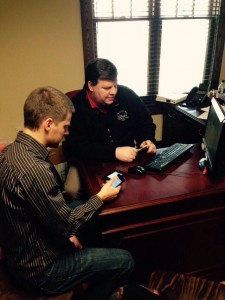 Bitcoin can be donated to the Ronald McDonald House of the Capital Region by going to http://www.rmhcofalbany.org/news-events.cfm/articleid/84562 or by visiting nybitcoingroup.com 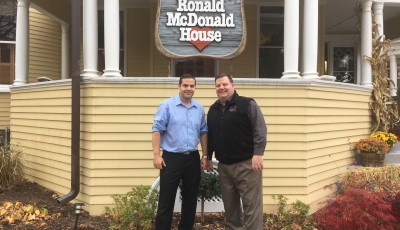