While bitcoin users in the United States took advantage of Bitcoin Black Friday, the online retailer FonQ.nl made it official to now accept bitcoin payments, Ecommerce News reports. The Netherlands-based retailer didn’t make the announcement; instead, the news broke through the Twitter account of bitcoin payment service provider BitPay.

Ecommerce News explains the acceptance of bitcoin may lead to a new boost for the cryptocurrency. FonQ.nl is part of RFS, which is the second largest ecommerce company in the nation. Apart from its main business in the Netherlands, FonQ.nl operates sites for Belgium, France and Germany. Currently, only the Netherlands-focused site accepts bitcoin.

CryptoCoinsNews argues that the little publicity surrounding FonQ.nl’s acceptance of bitcoin hints at the nation’s attitude toward the digital currency. The nation hosts a bitcoin film festival. An Arnhem supermarket accepts bitcoin. It appears the nation is focused on incorporating not only bitcoin into the mainstream economy, but digital currencies in general. The Netherlands uses two other digital currencies, Gulden and e-Gulden. While other nations resist bitcoin or choose to focus on the blockchain technology behind it, the Netherlands is moving forward toward full acceptance. It’s much more than a Black Friday event.

Edit: As Gizfreak points out in the comments, the name of one of the two other digital currencies the Netherlands uses has been corrected. The error is regretted. Thank you, Gizfreak! 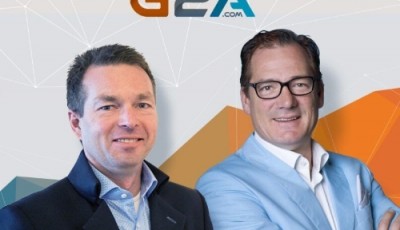