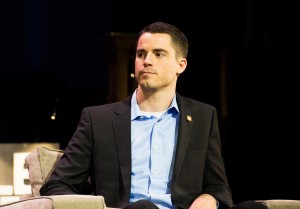 In an interview with RT reporter Sophie Shevardnadze, Roger Ver, a Bitcoin evangelist and entrepreneur, answered a series of questions regarding different Bitcoin topics. Roger Ver, known as the “Bitcoin Jesus”, mentioned that he thinks Amazon will start accepting Bitcoin by the end of this year. In fact, he believes that shortly afterwards, other businesses will start accepting Bitcoin as well.

When asked if Bitcoin transactions’ lack of reversibility would make it easier for people to lie, Roger Ver answered,

“Luckily, we have all sorts of tools to deal with those sort of things, there are all sorts of online escrows […] basically any time you pay to a company which you trust, lets take Amazon.com for example – if you pay with a credit card, the credit card company is going to charge you around a three per cent fee. If you pay with bitcoin there is basically no fee.”

Roger Ver then went on to say that he predicts Amazon will start accepting Bitcoin by the end of the year.  He adds on that after Amazon does so, other businesses will follow suit. In Ver’s opinion, this will cause businesses to create discounts for people who pay in Bitcoins rather than credit cards. Ver explains,

Roger Ver also mentions that he doesn’t believe credit cards will disappear off the grid entirely. However, he does think that Bitcoin will be the major form of online payments. When asked if he thinks Bitcoin will replace national currencies, Roger Ver answers that he hopes it will. However, he feels that this depends on the type of fiscal government in command. For example, if the government restricts the amount of money it prints out, then Roger Ver doesn’t believe there is a need for Bitcoin. He continued on to say,

“But if governments continue to just print money like crazy, devaluing the currencies all around the world, people are figuring it out real quick – with bitcoin that sort of thing can’t happen and people are going to just flood to want to use bitcoin instead of dollars or euros or yen.”

Even though Roger Ver believes that Amazon will start accepting Bitcoin soon, Amazon doesn’t seem to think so.

Tom Taylor of the Amazon payments head explained that because the company isn’t hearing from customers that they want to engage in Bitcoin, Amazon doesn’t have plans to accept Bitcoin. This may change in the future depending on the correct circumstances.

Perhaps… Reddit’s /r/bitcoin community will push Amazon to begin accepting Bitcoin as a form of payment? Let us know what you think!