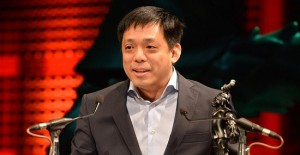 Reddit has a very strong Bitcoin community in which various types of individuals go on the forum to speak about their views. Some are definitely quite passionate in their discussions while others are not.

On Quora, reddit CEO, Yishan Wong, wrote about his viewpoint on Dogecoin and criticized the Bitcoin users of reddit forums. He said that the best thing about Dogecoin is that its user base is different than Bitcoin’s.

Reddit CEO Calls Out the Hysteria on Bitcoin Forums

“Without being too inflammatory, the user base for bitcoin is basically crazy libertarians who are increasingly poorly-informed about currency systems and macroeconomics.”

Yishan Wong says this because he believes that at one time the Bitcoin user base on reddit was “fairly well-informed libertarians,” however, as the digital currency became mainstream,

“It’s attracted more poorly-informed individuals and the conversation have become more polarized and less knowledge-based, driving the well-informed and balanced people away, or at least prompting them to recede into the background.”

Yishan Wong Thinks the Users Give Bitcoin a Bad Rep

Contrary to what his criticism of the users might imply, the reddit CEO does not see anything wrong with Bitcoin itself. However, he feels that these types of people give Bitcoin a bad rep. Wong wrote,

“I think that the obsession in the bitcoin community with bringing down central banks, fiat currencies, and governments is misguided and generally misses the point of bitcoin, which I think is that for the first time in history, we have the technology for enabling extremely low-friction electronic payments and certain trust-delegation mechanisms.”

Continuing with the benefits of Bitcoin, the reddit CEO wrote,

“That in and of itself is incredibly valuable. (There are also programmability features in the codebase that potentially open the door for zero-trust contracts and other intriguing possibilities, but they haven’t been activated or tested yet)”

In addition to saying all of this, Wong believes that Bitcoin makes it easier for tracking illicit or illegal items. This is due to the blockchain, or public ledger of the Bitcoin system. Wong wrote,

“I would not be surprised if the NSA is actually heavily in favor of Bitcoin because by combining their other data streams, they can cross-correlate activity on the blockchain and essentially know exactly who is doing what.”

The Reddit CEO seems to be a bit fed up with the Bitcoin user base on his website. However, with anything that is of value, there will always be people who seem too passionate in their views and are unwilling to listen to anyone else. Hence, they might appear to be “crazy libertarians” to certain people.