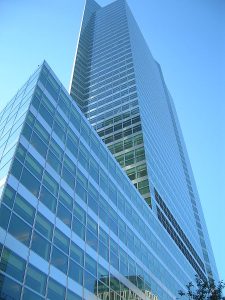 The syndicate was founded in 2014 to design and deliver blockchain technology to international financial markets.

The technology promises to save billions of dollars and make outdated processes more efficient and faster for banks. A spokesman for Goldman Sachs told the WSJ that the “firm will continue to work with blockchain technology.”

More commonly known for being the technology behind bitcoin, the blockchain is being examined by banks to cut operational costs, speed up transactions and better secure the banking and other infrastructure. The technology also promises to offer an undisputable record of identities and transactions, ousting the middleman who executes these tasks in the current corporate infrastructure.

Goldman Sachs has committed to distributed ledger technology through internal development and investing. In 2015, the investment bank was one of two principal financiers in a $50-million investment round for bitcoin startup Circle, with the other main investor being China-based IDG Capital Partners. Moreover, the bank is seeking patents on two distributed ledger technology-related inventions, for foreign exchange trading and cryptocurrency.