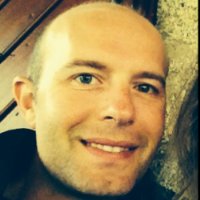 In a surprising move that indicates just how far Bitcoin has come over the last year, the CCO of PayPal, Jean-Baptiste Graftieaux, has resigned, and taken a new job at Bitstamp, a large international Bitcoin exchange. As CCO (Chief Compliance Officer), Graftieaux was responsible for ensuring that PayPal complied with national and international financial law (no mean feat). Graftieaux served in that role from January 2009 until the present, and has previously served as the CCO of StubHub, an online ticket marketplace.

“I have been attracted by the culture of Bitstamp and also by its people. The Bitstamp employees that I have met are committed, optimistic and passionate and we share the same passion for the bitcoin ecosystem.”

Graftieaux also shared that he uses Bitcoin personally and has been following the industry and technology for several years (as have many in the tech sector). He also described his duties for Bitstamp, where he is to serve as a kind of regulatory ambassador, approaching regulators to advocate for regulation friendly to both Bitstamp specifically, and Bitcoin as a whole.

Bitstamp is one of the largest Bitcoin exchanges operating in the post-Gox landscape. Founded in Slovenia in 2011, the exchange attracted a $10,000,000 investment from Pantera Capital in 2013.

This move is indicative of a larger trend in the financial industry, as a number of employees of traditional finance companies (to the extent that PayPal can be classified as such), find themselves tempted to join the much more chaotic (and potentially much more profitable) world of Bitcoin.

Half of SMBs surveyed not prepared to accept digital currency payments