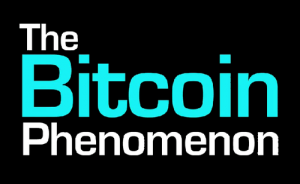 “The Bitcoin Phenomenon promises to deliver the big picture, without cheerleading or pandering. We were able to get very candid perspectives on this war brewing within Bitcoin.”

Srinivasan continues, and states that,

“The conflict we saw pits the early adopters with highly libertarian leanings vs. the VCs and entrepreneurs that are eager to embrace government regulation.”

The Bitcoin Phenomenon was due to release during the summer, however, because the public interest and confusion surrounding Bitcoin increased, the show was released early. It will be a detailed look into what Bitcoin is and what the whole phenomenon is about.

Based in New York City, SQ1.tv is an online TV network that aims to report stories on global affairs, economics, trends, and startups. The online TV network’s approach will be to look at the specifics in order to understand the larger picture. Srinivasan says,

“We’re looking to produce programming that helps people understand complex stories better. Trends, economics, business, and statecraft are inter-related. These subjects fascinate us, and our concept is to explain it starting at square one.”

SQ1.tv will be launching a full program in June 2014, and this will be available to subscribed users. In The Bitcoin Phenomenon, viewers will be able to better understand the digital currency and get different aspects of it. This is a good initiative in helping people relate and comprehend the concept behind Bitcoin and other digital currencies. Additionally, it will serve as a means to dispel any misconceptions about Bitcoin.