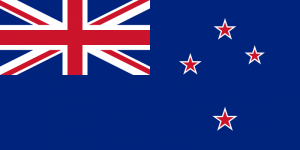 The liquidators of a New Zealand Bitcoin trading platform will soon be able to submit a claim for $23 million NZD worth of Bitcoin that was being held with the now-defunct Tokyo-based exchange Mt. Gox, reports the New Zealand Herald.

New Zealand limited partnership Bitcoinica owned and operated a digital currency trading platform, but shuttered it in 2012 after Bitcoins and fiat currency were stolen from it.

The Herald reported that after being appointed, liquidators Stephen Lawrence and Anthony McCullagh from PKF – an accounting and business advisory service – believed the partnership had more than 64,000 BTC and $135,000 USD in Mt. Gox. After lengthy wrangling, the pair has obtained access to two of the accounts holding these Bitcoins in the month before Mt. Gox ceased trading.

The Herald said that based on the collapsed exchange’s accounts, the liquidators believe the 64,000 Bitcoin holding means the partnership accounts for approximately 8.5 percent of the creditor claims in Mt. Gox’s bankruptcy.

In their latest report, filed with the Companies Register in December, Lawrence and McCullagh said the Mt. Gox trustee recently advised the system for filing creditor claims would be established in April and run until the end of May.

McCullagh told the Herald that the liquidators would claim for the entire 64,000 BTC. “Whether those claims are accepted is a different story,” he said.

The liquidators believe that should their claim be accepted, any payout from Mt. Gox would not come until at least October.

“It is unknown at this stage what assets will be available for distribution to Bitcoinica, and in what form the distribution will be made [ie fiat currency and/or bitcoins],” the liquidators said.

The Herald reported that approximately 200 creditors have made claims with Bitconica, and McCullagh said he was not sure whether any were from New Zealand. The creditors are claiming more than 91,000 BTC, $248,000 USD in cash, and $276,000 USD in leveraged trading positions.

Lawrence and McCullagh said they have neither accepted nor rejected these claims, and that they will assess them if they are successful in securing the Bitcoin and funds held by Mt. Gox.

“It is likely that we will also need to seek directions from the High Court of New Zealand on the methods of distribution of the assets,” they said to the Herald.