Tel Aviv-based Bitcoin 2.0 startup Colu has raised $2.5 million in a seed round led by Israeli venture firm Aleph and Spark Capital, with additional investors including BoxGroup and Bitcoin Opportunity Corp., reports the Wall Street Journal. Spark made a previous investment in eToro, a startup launched by Colu co-founder David Ring.

The Wall Street Journal reported that Colu is developing software that it says would allow consumers to securely purchase and store digital tokens, akin to and based on Bitcoin, that could be used as tickets to events, or as digital keys to open online service or physical objects, like hotel doors. Colu says the use of such tokens would be simpler than showing an email printout to a ticketing agent or typing in various credentials in order to access a service.

The aim is to use the Bitcoin open-ledger system to validate a number of transactions.

Bitcoin is “the most secure database on the planet,” said Colu co-founder and chief executive Amos Meiri to the Wall Street Journal.

The newspaper notes that the advantages of decentralized digital ledgers is that information can be verified quickly and a number of intermediaries can be eliminated, saving money and reducing fraud.

However, many of these efforts still rely on a market in Bitcoin, said the Wall Street Journal. In order for individual nodes in the network to confirm transactions, they have to be rewarded. In the case of Colu’s software, the reward comes in the shape of Bitcoin, so the digital currency has to be worth something for the nodes, or miners, to take part in the network.

Meiri told the newspaper he does not see this as an issue, as the Bitcoin network self-modulates, so that if the price of Bitcoin decreases, people stop participating. As fewer individuals participate, the reward for the remaining participants rises, Meiri said.

“Even if bitcoin drops down to $10 it will still be the most secure spreadsheet,” he said.

Colu’s application is now in beta. The company will open up its API for other apps to use. The Wall Street Journal reported that Colu’s tokens are based on a protocol Meiri and other team members developed several years ago named Colored Coins, which itself is layered on top of Bitcoin.

In its report on Colu’s seed round, VentureBeat noted that the startup’s app is not a wallet. Users would have to store the token somewhere, such as on a computer, phone, or external hard drive. In addition to the API and consumer app, Meiri said that later this year, he plans to introduce a marketplace where people will be able to purchase and trade goods and services using block chain technology. 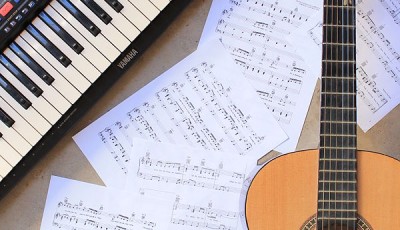