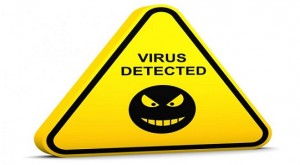 It’s bad enough that MtGox has lost 750,000 of its customers’ bitcoins, but now a couple of people have received malware emails pertaining to MtGox.

“Have you lost your MTGOX Coins?
go watch our news to claim your Bitcoins back!
http://www[dot]bitcoinbreaknews[dot]com/mtgox-lost-coins”

Reddit user “strong leaf” investigated the link in the email on his virtual machine. He says that the link directs you to a video that is unable to be played unless you install adobe flash player. However, upon downloading and clicking Adobe_Flash_Installer.exe, the file disappears and you’ve got malware installed on your computer that can’t be detected from the task manager.

In addition to this, by using a packet sniffer, the reddit user’s machine started making connections to the IP address that installed the malware on his machine. His machine then tried to download a lot of malware from the IP. Here are screenshots from the user’s investigation.

Another user on reddit by the name of “bustspammers” posted a thread that claimed one of the following three things:

This is because the reddit user recieved a malware email from Mt.Gox that said, 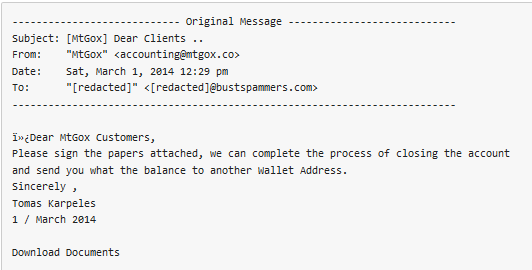 Bustspammers continues on to say that because many Bitstamp users are also likely to be MtGox users, they are “easy targets” and provide “motivation for a scam.” Hence it seems that Bistamp’s email list might have been compromised.

Due to the fact that MtGox has been such a huge name in the Bitcoin realm, hackers and spammers want to make the best out of its demise. Emails claiming that you can get your bitcoins back from MtGox are bogus since MtGox itself claimed that they are lost. In addition to this, if such a huge claim was true it would most likely be published in Bitcoin news media or at least on the MtGox website. Another thing to note, malware or spam emails generally have some sort of spelling or grammar mistakes.

We advise all of the Bitcoin users to be careful and not click on any links from unfamiliar email addresses or sources. Even if an email claims that it can restore your bitcoins, don’t click or download anything because it could very much be a malware. This can bring about more problems than you can imagine. So, be cautious everyone! 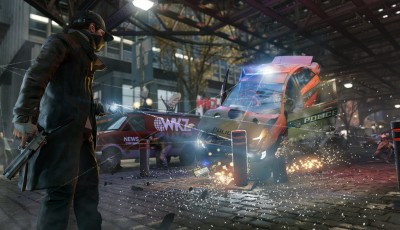