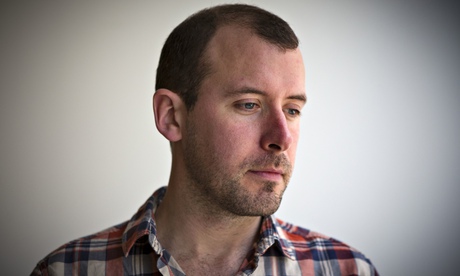 An eBay user was conned out of his bitcoins worth £5,300. eBayer Will Phillips fell victim to a scam which involved hacked PayPal accounts and bitcoins. Phillips says he is being chased for the money he owes.

Last fall, Phillips became attracted to bitcoin, as the value of each digital coin seemed sure to increase. He purchased them for £800 each. Soon after that, Phillips decided to profit off of his bitcoins by selling them on eBay. Phillips, a visual effects artist said:

“The price was increasing and increasing, and a lot of articles were being written. I didn’t want to miss out, so I started buying a few. Then I started trading with smaller cryptocurrencies, and had some success.”

Once the proud owner of 4.8 bitcoins, Phillips lost his lot of bitcoins and PayPal is now threatening to send in debt collectors.

Over the course of one night, hackers made their way into a legitimate PayPal account and posed as the real account holder of the hijacked account. They purchased Phillips bitcoins and vanished.

The scam is commonly used and PayPal usually sides with and refunds the individual whose account was hacked. Unfortunately for Phillips, PayPal insists that he owes them more than £1,300.

Concerned over bitcoin’s volatility, Phillips felt his bitcoins were valuable enough to start selling them on eBay. One man from Hounslow, Middlesex bought half a bitcoin for £520. The transaction was a success, as Phillips saw his bitcoins get transferred to the man’s digital wallet through the BlockChain.

On the night of the scam, a buyer bought 2 bitcoins valued at a little over £2,000 from him. Phillips was confident as the buyer’s eBay feedback rating was positive, and that the previous transaction went smoothly. Once he received payment, Phillips sent the bitcoin’s to the seller’s digital wallet. The buyer sent Phillips an email saying that she was interested in buying more bitcoins.

The next morning, Phillips found out that the money had been put ‘on hold’ by PayPal. Funds were withheld as PayPal assumed there was an attack on the buyer’s account. Phillips emailed the buyer to try and fasten the transaction, but he was replied with an obscenity. Phillips told the Guardian:

“panicking a bit – something was very wrong and I realised I may have lost my bitcoins and the money”. These people quickly had their money refunded by PayPal, and I lost all mine. Neither eBay nor PayPal has provided me with any sort of explanation or even leniency, instead focusing on chasing me for money I now owe them.”

Phillips believes that a single person or small group is responsible for the fraud, and hopes PayPal will give him some slack as he was effected from their site being hacked. But PayPal says they are not responsible for lost digital goods, as they feel they can’t prove if the coins were ever delivered or not.

Even with Phillips’ proof, PayPal has yet to budge. He says:

“Why should I be liable for eBay and PayPal accounts being hacked to fraudulently buy from me? Under their terms and conditions I am not offered any seller protection – I was unaware of this at the time – but as a consumer, surely I must have some rights?”

A Paypal spokesperson told the Guardian that: “Bitcoin transactions aren’t covered by our seller protection programme because they are regarded as intangible goods.”

William Phillips fell victim to a fraudulent incident, but more importantly was gipped out of PayPal’s protection. In no form was he responsible for the scam. PayPal’s lack of responsibility can be viewed as setback for bitcoin. The digital currency is not seen seriously enough by the company to be consider it a valuable commodity worth securing.