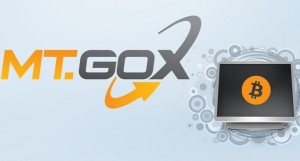 The Wall Street Journal reports that, in a closed meeting with creditors in Tokyo, a Mt. Gox trustee responsible for the dispensation of the failed exchange’s remaining resources disclosed that he was considering paying creditors out of the remaining resources in the form of Bitcoin, without first converting it into fiat currency. The exchange, which filed for bankruptcy in February under suspicious circumstances, currently has about one quarter of its half-billion dollar, 850,000 Bitcoin holdings, owed to 127,000 creditors.

Converting the remaining Bitcoins into a fiat currency might lose a significant portion of their value as transaction fees, since conversions of that size. When shareholders at the meeting were asked for a show of hands, 70% of them voted to have the Bitcoin holdings returned as Bitcoin. The court-appointed official present said that the option was being considered, but that it might prove legally difficult.

This meeting was the first opportunity for Mt. Gox creditors to meet the thus-far mysterious trustee, Nobuaki Kobayashi. Nobuaki has made several announcements via the Mt. Gox website, but has been accused of handling the bankruptcy proceedings in an opaque and confusing way, particularly for Mt. Gox’s many international creditors. About a hundred creditors attended the meeting, along with former Gox CEO Mark Karpeles, who agreed to attend despite expressing concerns about his safety. Nobuaki explained during the meeting that the Japanese government was still trying to find the remaining 637,500 unaccounted for Bitcoins, but otherwise didn’t reveal much new information during the meeting, disappointing some creditors.

The next meeting regarding the bankruptcy proceedings and restitution to creditors will be held in November.