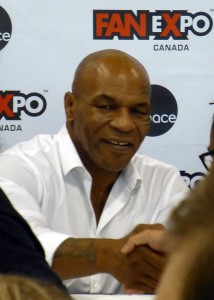 Last year we saw significant interest in bitcoin and blockchain technology from banks, fintech and other financial institutions. Nevertheless, digital currencies have yet to break into the mainstream, at least without the associations of black market sites like Silk Road. This might change, as Bitcoin Direct, a subsidiary of Conexus Corporation, announced the Mike Tyson Digital Wallet today.

According to Finextra Newswire, this is the first digital wallet to be associated with a celebrity and the first where users are able to buy and sell bitcoin. The wallet works with all United States and international bitcoin ATMs. Furthermore, there are no fees for using the wallet. Users will select from a variety of options for minimal fees needed to confirm the payment.

For the app’s buying and selling feature, users can create an account with the bitcoin exchange Glidera. Users can then send funds from their Glidera account into their wallet. The app is currently available on iOS and is coming soon to Google Play to be used on Android devices.

The wallet’s association with a celebrity might be what it takes to push bitcoin into the mainstream. Bitcoin Direct CEO Peter Klamka explained that Tyson is a “universally known star” and has the potential to significantly expand the bitcoin market.

The description on the app’s iOS page also shows how it’s targeting a more mainstream audience. Examples on how the app can be used with others include saving for vacations and tracking spending and expenses.

“Bitcoin Direct is pleased to partner with Mike Tyson because Tyson is a universally known star whose fan base extends generations. People around the world of all ages know Mike Tyson, and as such Tyson’s potential to expand the Bitcoin market is dramatic.”

This isn’t the first time Tyson has involved himself with bitcoin. Last summer, the former heavyweight boxing champion unveiled his bitcoin ATM on the Las Vegas strip.