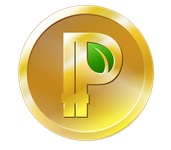 Peercoin is the last coin left for me to cover of what I’d refer to as the “early” successful altcoins. Litecoin, Namecoin, and Peercoin are the three you consistently would hear referred to when people talked about alts. It probably helped that BTC-e, one of the early altcoin hubs, added them all, giving them greatly increased prominence in the community. In looking at these four cryptocurrencies — Bitcoin, Namecoin, Litecoin, and Peercoin — it’s interesting to consider them in terms of how they differ from the original. Namecoin is the least distinct from Bitcoin: The only real distinction is the additional name-capturing feature. Litecoin is distinct in a few ways: block timing, total coins, and hashing algorithm (Scrypt). Still, neither of these were really all THAT different.

Peercoin actually IS different on a fundamental level. It introduced a concept now relatively commonplace within altcoins: Proof-of-Stake. Before we go anywhere, though, specs: 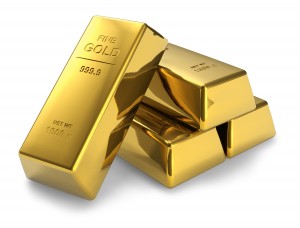 So what exactly IS Proof-of-Stake (from here on out, PoS, no giggling please)? It’s the use of coins held in wallets to secure the blockchain. On a very basic level (and apologies in advance for an analogy which distorts the situation, I only have so much space), pretend you’re trying to account for all the gold in the world. You have a list of everyone who had some gold last time you checked. You ask all of those people “Hey, how much gold do you have?” and they all send you proof of exactly how much they have. So you can cross those people off your list — you only need to go find the as-yet-unknown gold owners. Much less work. As a reward to those gold owners (Peercoin-owners) they get a tiny bit more Peercoin, distributed based on how many Peercoins they own. This is essentially the basics of PoS: Instead of using electrical power to compute hashes to continuous prove ownership of coins and ensure network security, the PoS model just looks backwards in time to check and make sure proper ownership was verified, and that the coins have remained in that person’s wallet since that last check. If both of those are the case, no more work is needed to be done.

So why would anyone want to use a PoS system? More directly, what are the advantages? 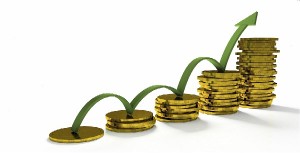 First, it incentivizes owners of coins to own them. Generating 1% interest per year is a neat little benefit — not so much that it is a major problem for currency stability, or that it benefits holding coins so much that it promotes severe deflation, but just a little bit.

Second, it ends the possibility of some of the exploits the Bitcoin network needs to fear, such as the 51% attack. A 51% attack is essentially nonsensical when considered in terms of PoS, where an attacker would need to own 51% of the coins in order to perform it. I don’t even want to consider what the market capitalization of Peercoin would have to reach for one entity to buy up half of the coins, but suffice it to say that it would be the most expensive act of cutting off one’s nose to spite one’s face any of us had ever bore witness to.

Finally, since PoS replaces a significant portion of the role played by PoWork for securing the Peercoin blockchain, it is far more energy-efficient. No need to be running a huge amount of hashpower — those rooms full of Bitcoin mining ASICs don’t have a place in Peercoin. This is relevant for exactly the reason you would think: If you can achieve the same result (secure blockchain) with less expended resources (less energy), why wouldn’t you? Or, to quote from the end of the Peercoin White Paper: “…we expect proof-of-stake designs to become a potentially more competitive form of peer-to-peer crypto-currency to proof-of-work designs due to the elimination of dependency on energy consumption, thereby achieving lower inflation/lower transaction fees at comparable network security levels.” Anytime resources must be expended in pursuit of a goal, the end-user must pay for those resources. The end-user of a cryptocurrency is its owners; why pay miners unless you have to? As Bitcoin did to banks and the fiat money system, so can Peercoin do to Bitcoin, at least in theory.

But there’s still one very unanswered question: How do we value Peercoin?

Unfortunately, for once, I’m going to have to tell you all something a little embarrassing: I have no idea. I understand what value it adds to the world (a blockchain which is cheaper to run than a purely PoWork model), but it’s hard to say how that added value can be understood in terms of market capitalization. Essentially, though, there are two potential options:

1. Bitcoin and Peercoin coexist. Bitcoin is used as the “reserve currency” of the cryptocurrency world; the asset in relation to which all others are considered. Bitcoin is not commonly used for simple transactions due to high costs of exchange. Peercoin, being cheaper to use thanks to PoS, is used instead.

2. Bitcoin’s first mover advantage is somehow lost (or a black swan takes flight), and cheaper methods of curating the blockchain, such as PoS, take over. Peercoin takes on the role of reserve currency thanks to its competitive advantage over PoW, and due to its first-mover advantage relative to other PoS systems.

And, of course, option three: Peercoin loses and becomes an unremarkable footnote to history. It is worth noting that option three is the path most altcoins are very likely to follow. I simply don’t often discuss it, because the role of an investor is to look for potential value; if you spend all your time pointing at things you expect will fail, you’re just wasting time.