Blockchain announced today at The North American Bitcoin Conference that it’s releasing a new version of its open source wallet. Blockchain provides one of the most popular Bitcoin wallets, as well as a series of tools to explore the blockchain and get statistics about the Bitcoin network via their website, Blockchain.info. The service also has an exclusive, five-year contract to manage the Bitcoin.com domain. The service hosts more than 1.6 million user wallets, as of April 2014.

The update is primarily intended to make the wallet easier to use, in preparation for expansion to larger number of users.

“This product launch is the first of several core updates to our wallet services this summer. We’re completely focused on creating simple and engaging experiences so we can go to web scale — supporting hundreds of millions of users.”

Blockchain was nice enough to provide CoinReport with some screenshots of the new app, which you can see below. 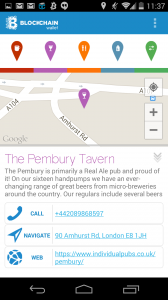 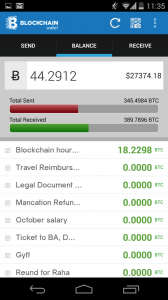 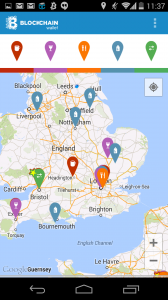 Among the advertised features are integration with the user’s addressbook (allowing you to send Bitcoins to people who don’t already have a wallet), and support for an in-app merchant-finding service, which uses GPS to show you local businesses and services where you can spend Bitcoins.

The new software is advertised as a ground-up rewrite of the old wallet. Keonne Rodriguez, the product lead for the new wallet, described the purpose of the re-design like this:

“We wanted to completely reimagine how users interact with their Bitcoin wallet while also extending the experience and helping consumers find reliable places to spend their Bitcoins.”