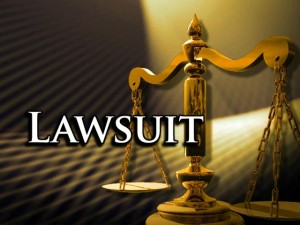 On Thursday, a lawsuit was filed by lawyers for class action against mining hardware company Advanced Mining Technology (AMT). The lawsuit was filed over accusations that AMT did not deliver its products to customers who bought them.

AMT customers who are part of the lawsuit claim that they had paid good money for the Bitcoin mining hardware, but the hardware was never delivered. Bitcoin mining is a method people use to gain Bitcoin from specialized computer hardware’s processing power.

“Not only does the mathematics of the bitcoin system become progressively more difficult, but bitcoin mining becomes increasingly more competitive, making the opportunity to profit from bitcoin mining more challenging and more dependent on the quality of the mining equipment.”

Hence, if the mining hardware arrives late the customers lose out on the competition.

Details From the Lawsuit

The lawsuit was filed by the firm Chimcles and Tikellis on behalf of the plaintiffs. The mining hardware that AMT sold ranged from $1,499 to $14,999. The lawsuit explains what exactly happened in detail,

The lawsuit further claims that the customers attempted to contact AMT through email, phone, and even in person, however, AMT did not respond. Overall, the plaintiffs are accusing AMT of breach of express warranty, common law fraud, break of contract, negligent misrepresentation, breach of duty of good fair dealing, and violations of Pennsylvania’s unfair practices and consumer protection law.

Having a lawsuit filed against a Bitcoin mining hardware company shows that other mining companies need to step up their game.

Neo & Bee Under Police Scrutiny for Allegations of Fraud