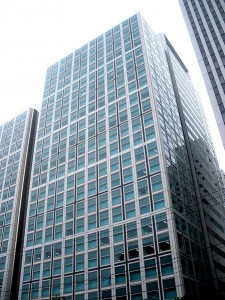 Rakuten, a Japanese e-commerce company, announced Tuesday plans to allow customers to choose Bitcoin as a payment option by integrating Bitnet’s payment processing platform on a number of its marketplaces. The company said in a press release that it will start accepting Bitcoin for payment first on Rakuten.com in the United States, followed by its marketplaces in Germany and Austria.

Rakuten said in the press release that its integration with Bitnet’s platform will make it one of the largest e-commerce companies in the world to start accepting Bitcoin.

“Rakuten’s mission is to empower the world through the Internet,” said Yaz Iida, president of Rakuten USA, in the release. “Not only can bitcoin support this vision by helping our merchants better compete globally, but it also has the potential to benefit society by enhancing the security, privacy, and convenience of financial transactions. This is one of the reasons why we invested in Bitnet last year and we look forward to working with them in our US marketplace.”

John McDonnell, co-founder and CEO of Bitnet, said in the news release, “Rakuten’s global marketplaces are great examples of how digital currencies can impact global commerce. We’re excited to join with Rakuten in helping both merchants and shoppers reap the benefits of this new technology.”

In its report on the announcement, TechCrunch said the news is notable because it could help position Bitnet, which raised $14.5 million last fall, as a credible alternative to what it calls “the increasingly dominant duopoly” that is BitPay and Coinbase, both of which have raised significant venture capital (Coinbase most recently raised $75 million; BitPay raised more than $30 million last spring) and own the most lucrative Bitcoin retail partnerships.