IdentityMind has partnered with Jumio and announced its IGNITE program at the Inside Bitcoins event in New York held on April 7th and 8th. The program will provide anti-money laundering (AML) bitcoin compliance for major bitcoin exchanges.

Transactions will be monitored for startups through “Know Your Customer” (KYC) services. A representative of the IdentityMind team said compliance isn’t favorable, but is necessary to ensure security.

IGNITE looks to allow startup companies the comfort of being compliant with the US regulations within a day’s time. Due to most current bitcoin businesses qualifying as Money Services Businesses (MSB), registration with FinCEN and the Bank Secrecy Act are required. IGNITE assists new-to-bitcoin companies, as well as existing bitcoin companies to ensure that the law is not being broken.

Some of the program’s features will entail an integration point to access more than 15 third-party providers of data and technology, full transaction monitoring, the ability to pay directly with bitcoin, credit cards or Paypal through a new full service webstore, and the ability to get knowledge from IdentityMind Global’s network of bitcoin companies.

“We’ve seen that it’s very difficult for many Bitcoin startups to assess when they’re going to launch …The idea is that with our IGNITE program, companies can launch, and start processing transactions, while having the tools to meet FinCEN regulations and establish the banking relationships they need to grow.”

All of the company’s services are set in real time, and track transaction entities such as consumers, merchants, cardholders, payment wallets, alternative payment methods.

In addition to their new program, IdentityMind Global has announced its new partnership with Jumio, an on-demand anti-fraud and risk management platform.

With Jumio’s Netverify service, smartphones and other internet devices become an ID scanning terminal, making for quick and easy capture verification of passports, driver licenses and utility bills in over 100 countries.

“Identity verification is fundamental to the KYC process, especially when underwriting a merchant account or verifying international customers’ identities, foreign nationals and underbanked consumers. The combination of identity data from IdentityMind and Jumio’s credential verification technology provides a much more complete picture addressing the challenging question of whether the user creating an account is who they claim to be.”

The partnership will enhance identity verification technologies and databases available to IdentityMind clients. Government-issued documents can be verified through the service, insuring that forgeries do not sneak through the cracks. Essentially, this will also make bitcoin transactions safer.

Prevention from money laundering has been an uphill battle within the bitcoin community for some time now. IGNITE hopes to put a drastic end to the abuses of digital currencies.

IdentityMind was established in 2009 and the team consists of over 40 employees, following its acquisition of IDMPay.

Jumio was founded in 2010 by Mattes and was backed by investors such as Andreessen Horowitz, Citi Ventures and Facebook Co-Founder, Eduardo Saverin.

Images via IdentityMind and Jumio 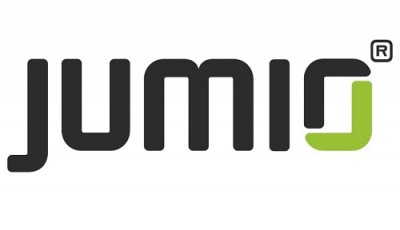